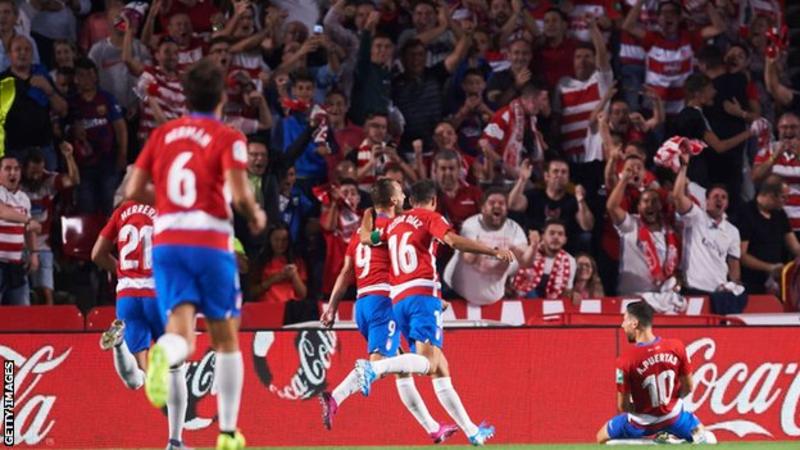 Promoted Granada stunned La Liga champions Barcelona by beating them 2-0 on Saturday to move top of the table.

Nigerian player, Ramon Azeez headed in at the back post with less than two minutes played to put hosts Granada ahead.

Barcelona manager Ernesto Valverde introduced Lionel Messi and Ansu Fati at half-time, but Alvaro Vadillo added the hosts’ second from the penalty spot after Arturo Vidal handled in the area.

The result leaves Barcelona three points behind Granada in seventh and they have now failed to score in six of their last seven La Liga away matches.