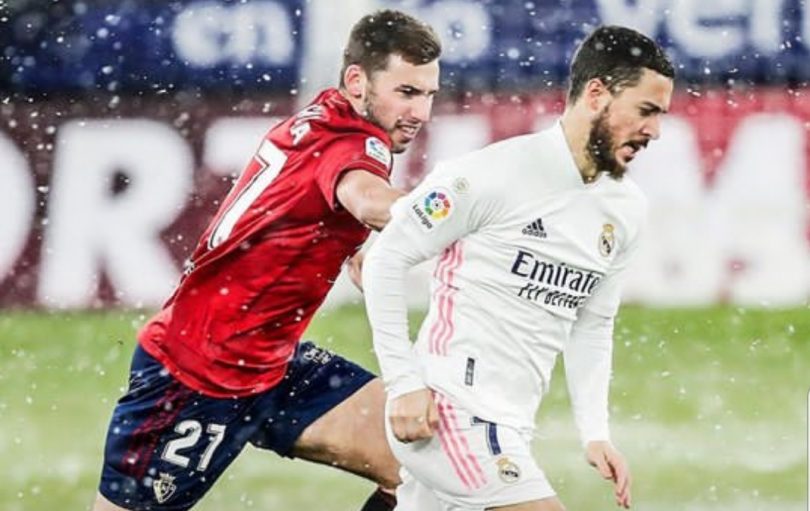 Real Madrid failed to go top of the table after they were held to a goalless draw at Osasuna in the La Liga.

In freezing, snowy conditions, the Spanish champions struggled to make an impact as two goals by Karim Benzema and Sergio Ramos were disallowed for offside.

Leaders Atletico Madrid, who now have three games in hand, remain top of the league by one point even without playing.

Their game against Athletic Bilbao was postponed because the visitors’ plane could not land in the Spanish capital as a result of the weather. 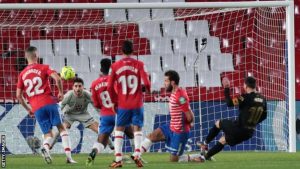 Earlier on Saturday, Barcelona extended their unbeaten run to eight league matches after an impressive win at Granada.

A brace each by Lionel Messi and Antoine Griezmann helped the Catalan giants secure a 4-0 victory to keep pressure on Real Madrid.

It was a fourth away win in a row for Barcelona and Messi’s fourth goal in two outings, takes him top of the scorers chart in Spain.