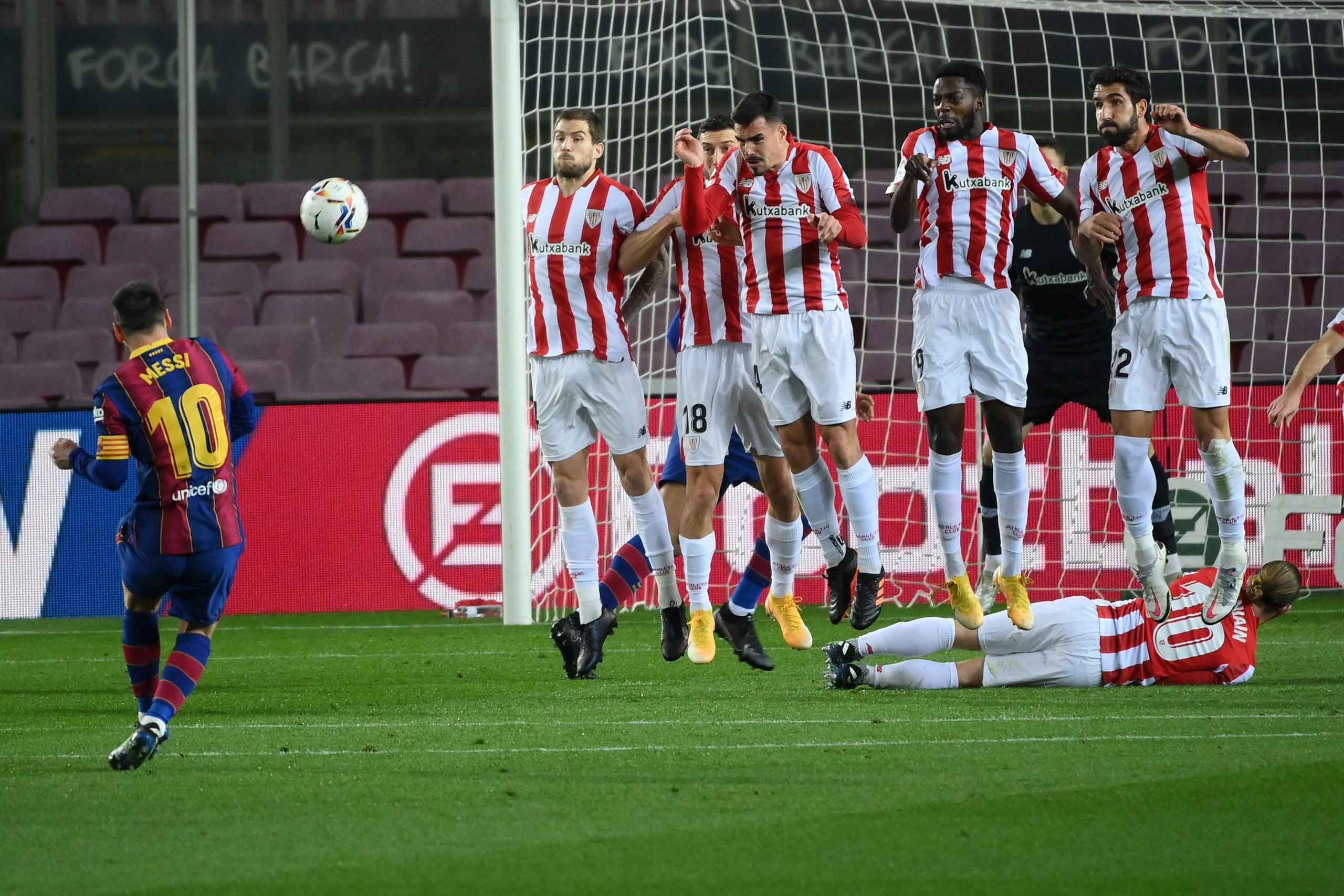 Lionel Messi scored his 650th goal for Barcelona in their 2-1 victory over Athletic Bilbao in the Spanish La Liga on Sunday night.

The Argentine opened the scoring in the first half before left-back Jordi Alba scored an own goal early in the second half to level for Bilbao. But Antoine Griezmann netted the winner on 74 minutes.

Bilbao, who scored an injury-time equaliser against Barca two weeks ago in the Super Cup, sought for a similar feat but could not.

The win takes Barcelona above Sevilla and Real Madrid in the La Liga table, as Ronald Koeman’s side go second behind Atletico.

Barca are only above Real, who lost 2-1 at home to Levante over the weekend, for having a superior goal difference. Both teams are on same points – 40.

Suarez scored an excellent free-kick and also scored from a penalty. Saul Niguez and Koke were the other Atleti scorers. Alvaro Negredo scored Cardiz’ goals.

Suarez is now the sole top scorer in La Liga with 14 goals in 16 matches since his summer move from Barcelona this season.