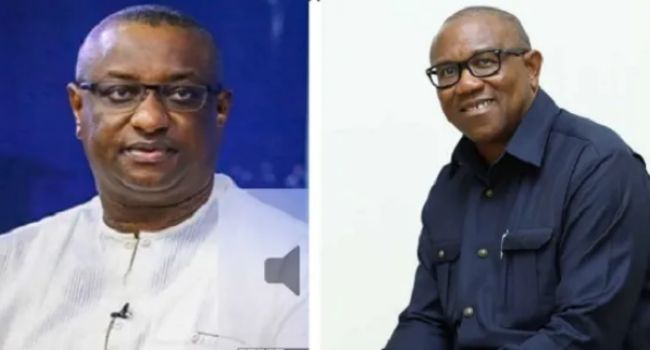 The Labour Party has expressed disbelief that the APC would submit a pre-crime alibi to an alleged plot to assassinate the LP presidential candidate, Mr. Peter Obi, given its unparalleled desire to hold onto power at all costs.

Comrade Arabambi Abayomi, the LP’s national publicity secretary, who said this in a statement on Tuesday, further alleged that Keyamo’s allegation is a cover up for when the actual plot by APC happens.

This was in reaction to assertions made by Mr. Festus Keyamo SAN, the spokesman for the APC presidential campaign, that Obi was allegedly planning to orchestrate an assassination attempt on himself and accuse the APC.

According to Abayomi, Keyamo’s comments brought the LP’s attention to the APC’s most peculiar and unheard-of desperation.

He stated that the Labour Party viewed Keyamo’s remarks as “a wicked act” and “a sophisticated approach to elicit unmerited sympathy” in a phoney attempt to covertly use crude, primitive tactics in order to win the 2023 presidential election by cheating.

The LP spokesman said, “ Festus Keyamo in a fabricated and very misleading press statement claimed he was responding to a non–existent false rumour that Peter Obi plans to ‘stage – manage’ an ‘assassination attempt’ on himself is alarming and very frightening and it leaves no room to doubt the implications of the claim as it is like a self-confession by the APC in its plan to assassinate the LP Presidential Candidate, Peter Obi.

“No one is confused by the APC through Festus Keyamo’s open pre-crime alibi. No one is fooled enough to buy into the very sadistic attempt to create a confusing narrative ahead of committing a felony.

“LP wants the public to be fully informed that the APC has indirectly warned all Nigerians that a plan to assassinate Peter Obi by the APC is on the way.

“Labour Party wishes to remind Festus Keyamo that Chapter IV of the Constitution of the federal republic of Nigeria on fundamental Rights section 33(1) states: ‘Every person has a right to life, and no one shall be deprived intentionally of his life, save in execution of the sentence of a court in respect of a criminal offence of which he has been found guilty in Nigeria.”

Keyamo’s statement came on the heals of a threatening whatsapp message made public by Obi, and credited to one of Tinubu’s groups warning Yorubas not to vote for the former Anambra State governor in 2023.

Keyamo, had alleged that Peter Obi was planning to fake an assassination attempt on himself.

The Minister of State for Labour and Employment, in a statement on Monday, also accused the LP standard bearer of disparaging the APC National Leader.

Keyamo noted that the WhatsApp message was masterminded as a sort of strategy for campaign.

He thus challenged Obi to release the names of people behind the message, branding him as ill-prepared for the task ahead.