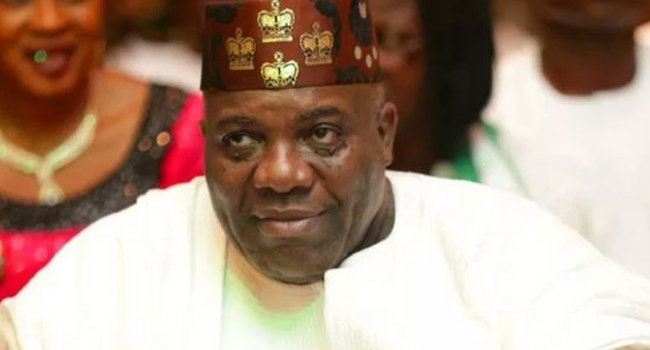 The Labour Party has dismissed the purported expulsion of the Director-General of its Presidential Campaign Council, Doyin Okupe, as null and void.

The Ogun State chapter of the LP on Thursday announced the expulsion of the former presidential aide and 10 others for alleged breach of the party’s constitution, high-handedness and financial recklessness, among others.

The LP chairman in the state, Michael Ashade, who addressed journalists at a media briefing in Abeokuta, insisted that Okupe was no longer fit to remain in the party or serve as director-general of its presidential campaign council for failing to pay his membership dues for the last six months.

However, at another media briefing in Abuja, the LP National Secretary, Umar-Farouk Ibrahim, said the party’s national leadership was surprised that the Ogun State chapter took such an action without following due process.

He said: “The Ogun State chapter has acted outside its constitutional jurisdiction, the party has an internal conflict resolution mechanism for handling cases against members as enshrined in the party’s constitution.

“There are also steps to be taken before applying disciplinary measures against members. For example, before you discipline any member, there are certain procedures that you have to follow, you have to issue queries among other procedures, and that have not been followed.

“No complaint was written by the state chapter, his ward and his local government, so we are saying the national headquarters is not aware of what they are doing. They are doing it on their own.

“The National Working Committee (NWC) is going to set up a committee and appropriate disciplinary action would be taken against the perpetrators in the state executive committee and we are going to fish them out and take appropriate action,” he said.

Ibrahim insisted that Okupe remained a card-carrying member of LP and the director-general of the PCC.

2023: INEC to meet NCC Tuesday on e-transmission of results