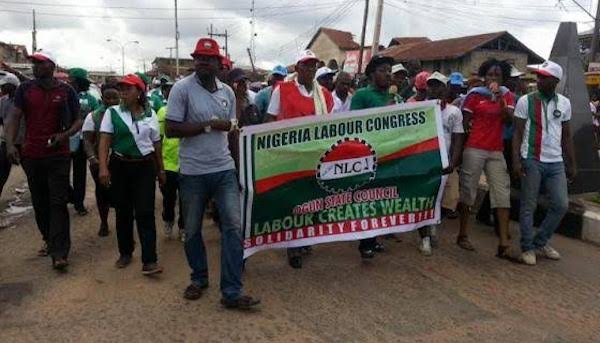 A labour union in the country has hinted that it would take to the streets nationwide to protest alleged corruption in several agencies within the President Muhammadu Buhari-led government.

Among agencies with corruption allegations against them include Niger Delta Development Agency (NDDC), the Nigeria Social Insurance Trust Fund (NSITF) and the Economic and Financial Crime Commission (EFCC).

The President of Trade Union Congress (TUC), Comrade Quadri Olaleye told newsmen during a media chat in Abuja at the weekend that the nationwide protest would be carried out by the second week of August.

“We have had meetings with our state executives and other civil society organizations, we are on sensitisation level now. The fight is for all of us. We can’t fold our hands to allow the country to continue being run the way it is. We will give an ultimatum to the government.

“By the second week in August, we should be able to mobilise our people to move out to start that protest,” Olaleye said.

On what the union hopes to achieve with the protest against corruption he said, “Our aim for the protest is to enforce the Presidency and the anti-corruption agencies to take immediate action that would stop other people from going to that trade. They are all silent. We want to enforce them to take action immediately. If action is not taken, others will see it as an opportunity.”