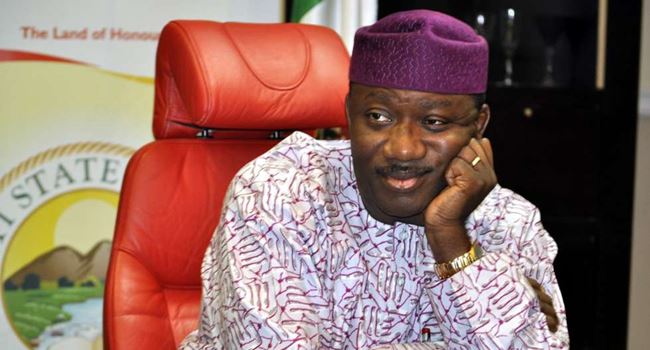 The organised labour unions in Ekiti State on Tuesday warned the state governor, Kayode Fayemi, that it would not accept his stance on the N30,000 minimum wage for workers, if he failed to recognise the position of the National leaderships of the labour.

The Labour unions said that whatever Fayemi would implement should be in line with the National template increment of 66.6 per cent for Grade Levels 01-06, 29 per cent for GL 07-14 and 24 percent for 15-17.

The leaders who also lauded Fayemi on his position to implement the proposal, condemned the unilateral decision taken on the matter.

“The organised labour is constrained to refer to a meeting of September 30 at the office of the Head of Service, the resolution then was that the state government must ensure due process with the setting up of negotiating team and in fulfilment of outstanding salaries and other emoluments before commencing N30,000 minimum wage, although, the pronouncement made on October 5 had Contravened this resolution”.

The labour also implored the governor to fulfil his promise to defray the N57 billion being outstanding workers’ salaries, allowances and pension before clocking one year in office on October 16.

“The liquidation of these outstanding payments are sacrosanct.

“For the avoidance of doubt, the non-payment of these aforementioned outstanding before the promised date May threaten the industrial peace in our dear state”, they said.