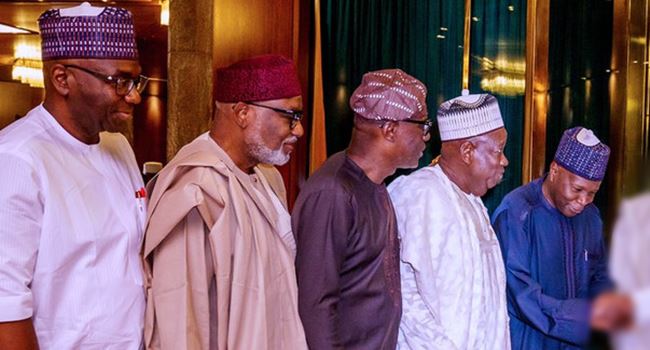 The Progressive Governors’ Forum, (PGF), a body of governors on the platform of the All Progressives Congress (APC), believes the absence of leaders during the #EndSARS protests allowed hoodlums to hijack the peaceful demonstrations.

In a statement signed by the Director General of PGF, Salihu Lukman, the APC governors said the vacuum created by a lack of leadership during the campaign made room for the infiltration of the protests by people who wanted to feather their own nests at the expense of the country.

“The lack of leadership led to the peaceful protests being hijacked by hoodlums and the capacity of the organizers to control the protest and ensure that desired outcomes were achieved was also weakened.

“All these contributed to making the protests vulnerable, which resulted in the sad hijack by criminal elements and the widespread destruction and looting.”

The PGF further said citizens and leaders must seek common grounds to transform all structures into active platforms for interest negotiations.

Lukman added that the “fear of citizens’ engagement and negotiations had emboldened political opponents whose credentials are anything but attractive.”

He also stressed that Nigeria, as an emerging democracy, must prioritize political compromises through debates and negotiations.