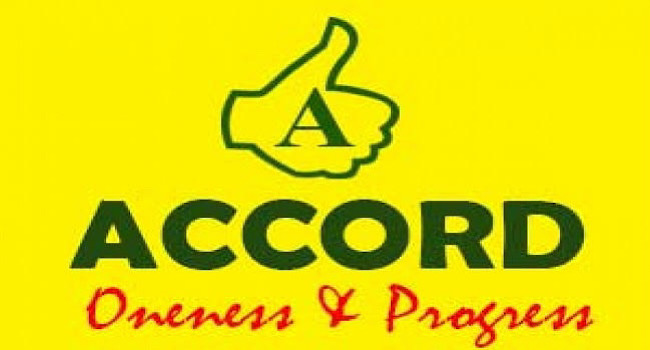 The Lagos State Chapter of Accord Party on Sunday, February 7, praised the resolution of the Independent National Electoral Commission (INEC) to expand the number of polling units in Nigeria.

According to the party, this decision is “timely and beneficial.”

Mr Dele Oladeji, the state Publicity Secretary of the party told reporters in Lagos on Sunday, that the plan would encourage many voters to exercise their franchise during the poll.

According to him, the delay, difficulty, and time voters spend at polling units during elections are enough to dissuade many from coming out to vote on election day.

“Accord Party welcomes INEC’s plans to create more polling units in the country, so as to further decongest existing polling booths.

“This will further reduce the average time every citizen has to spend on the queue before they cast their vote,” Oladeji said.

The spokesman, however, called on the electoral umpire to work more on technologies that could ensure electoral integrity and prevent malpractices.

“We also implore INEC to introduce more anti-fraud technologies into the electoral process in its efforts to ensure genuine democracy.

“We need technologies, tools, and innovations that can deter electoral frauds,” he said.

Ripples Nigeria had reported that the INEC on February 5, commenced engagement with stakeholders on expansion of voters’ access to polling units.

In a communique signed by the 16 parties physically present at the meeting, leaders of the parties resolved that there was merit in INEC’s proposal in converting the existing voting points and voting points settlement nationwide to full-fledged polling units to address the problem of voter access.

They also resolved that the commission should commence the process of conversion based on clearly articulated guidelines to be developed by INEC and shared with stakeholders.

INEC currently has 119,973 Polling Units across the country.

Related Topics:AccordINECLagospolling unit
Up Next

QuickRead: Buhari’s double-barrel ‘attack’. Four other stories we tracked and why they matter