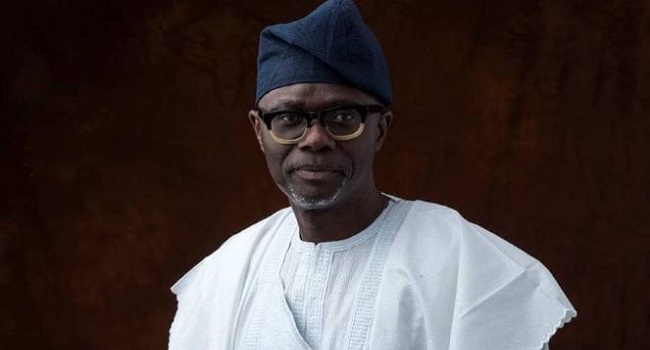 Governorship  candidate   of   the   People’s Democratic Party  (PDP) Jimi Agbaje has  described  the  promise  by his All  Progressives   Congress  (APC) counterpart, Mr. Babajide Sanwo-Olu, to restore the glory of Lagos, as not only laughable, but an admission of failure by the ruling party.

Agbaje who lamented that the APC has enslaved the state since 1999, said   everyone knew that voting for Sanwo-Olu meant granting  Asiwaju  Bola Ahmed Tinubu a sixth term,  and   no   one   should   expect   anything   new   but  more   years  of   suffering   without smiling for Lagos citizens.

In a statement on Tuesday signed by his Director of Media   and   Publicity, Felix   Oboagwina,   the   PDP   candidate took his opponent and the rival party to the cleaners.

Agbaje said it was noteworthy that Sanwoolu who had been Commissioner for three tenures back to back and lately the Managing Director of the state’s housing corporation had no achievements to flaunt.

Agbaje,   who   spoke   in reaction to an earlier statement by the APC gubernatorial candidate to make the people the cornerstone of his administration and restore Lagos glory, said it was an admission of the ineptitude with which his opponent, his sponsors and his godfathers had ruled the state for the last 19 years.

“That   is   Sanwoolu   admitting   to   what   everyone   knows   already,   that   he   and   his paymasters   are   guilty   of   misgovernment;   and   for   most   of   two   decades,   they   have enslaved the state for purely selfish benefits,” Agbaje said. “But Lagosians cannot be fooled and they know that these leopards cannot change their spots.”

Lamenting what he described as the negative records the state had garnered among cities of the world, the PDP candidate said Sanwoolu was part of the rot.

“Lagos State was just in the 2018 GLOBAL LIVEABILITY INDEX as the second worst city for humans to live in the world. And this is no thanks to its waste disposal mismanagement, traffic logjams,   incessant flooding, insecurity, double taxation, impunity, lawlessness, godfatherism, corruption and abandoned projects,” the statement said.

Agbaje said Lagosians must reject Sanwoolu at the polls for representing the continuity of these negative indices.

“When a formula does not give you the result you want, you change it! Lagosians must change this unprofitable team committed to govern for their own selfish interests,” said the PDP candidate.

Agbaje lamented that the rail line project had been foot-dragged for four years, just as the Badagry-Apapa expressway, an international route that had turned into a nightmare after the ruling party inexplicably slowed down the project several years after commencing work on it.

According to him, Lagos was suffering an infrastructure and housing deficit that was within the purview of the state to solve, going by its huge internally generated revenue and Federal allocation.

“We also intend to fully liberate the local governments to mind their own business,” he posited. “Today we have a situation where, in order to continue unbridled corruption and mismanagement, the ruling clique deliberately emasculated the local governments to make them lack the wherewithal to tackle their primary functions constitutionally placed within their purview.”

He said he would grant the councils free rein to administer their budgets and allocations and manage their funds and functions, build drainage, build markets and mind primary healthcare, in order to citizens to feel the impact of government at the grassroots.