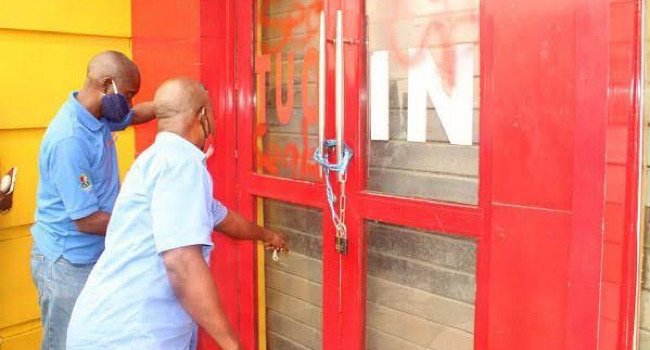 Home Affairs management had displayed expired products on its shelf in a bid to sell the products to unsuspecting customers. Fortunately, one of the customer happened to be the General Manager of LASCOPA, Afolabi Solebo, who was on enforcement exercise.

Solebo came across expired products such as Kellogg’s Krave and frozen foods on Tuesday, February 24, 2020, and directed the staff to remove the products from their shelf to avoid customers purchasing them.

While acting on his directive, Home Affairs staff removed the expired products, but returned it when Solebo exited the supermarket.

Unknown to the management of the food store, Solebo sent an enforcement team to check Home Affairs the next day, Wednesday, and the same expired products were seen on the shelf.

This led to the closure of Home Affairs on Thursday by the Lagos State agency. Solebo said the government will not hesitate to initiate legal action against supermarkets involved in such shady business practice.

“I, personally, discovered the expired items on the supermarket shelves on the 23rd of February, 2021, while on a routine check of supermarkets in the area.

“On discovering the expired products, I told the staff to remove the items from the shelves, which they did in my presence, only for the monitoring and enforcement team to go there the following day and discovered that the items have been returned to the promo shelf”, Solebo said, while advising customers to report supermarket displaying expired products for sale.