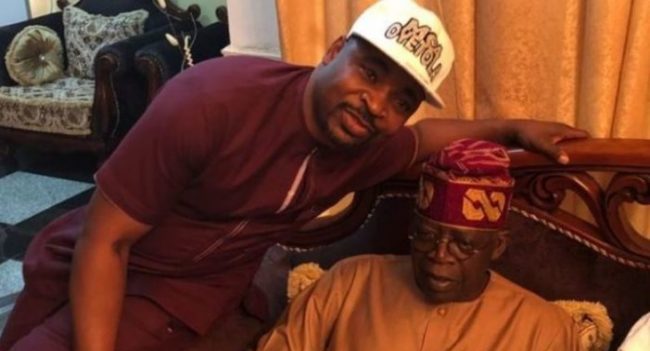 It seems the All Progressives Congress (APC) in Oshodi area of Lagos State, is taking more than a passing interest in the forthcoming elections of the National Union of Road Transpirt Workers (NURTW).

The leadership of the party in the area, on Saturday urged the national leader of APC, Asiwaju Bola Tinubu, to support the ambition of Mr Musiliu Akinsanya, popularly known as MC Oluomo as the chairman of the NURTW in the state.

In a message conveyed to Tinubu, Oshodi APC leadership also urged Tinubu not to forget the promises he made to them as regards appointments in Governor Babajide Sanwo-Olu’s government.

The message was signed by 16 members of the Oshodi/Isolo APC leaders, elders and stakeholders forum led by Pa J.O. Olabintan.

Read also: Gov Matawalle gives go ahead for RUGA to take off in Zamfara

It read in part, “We hereby express our appreciation to the National Leader of our party, the APC, Asiwaju Bola Ahmed Tinubu, and the governor of Lagos for considering Oshodi/Isolo LGA worthy of a cabinet position in the state and your usual support for state and House of Representatives.

“We will appreciate your support as usual for one of us who has been loyal and sympathetic to our party, Musiliu Akinsanya (MC Oluomo), who is also interested in the chairmanship of the NURTW in Lagos State.

“Our father, mentor and pathfinder, we wish to remind you of your promise to our loyal party faithful who contested but have yet to be accommodated in this present dispensation.”

Recall that Oluomo, who is also a prominent member of the APC in Lagos State, was shot during a fracas at the party’s governorship rally late last year.