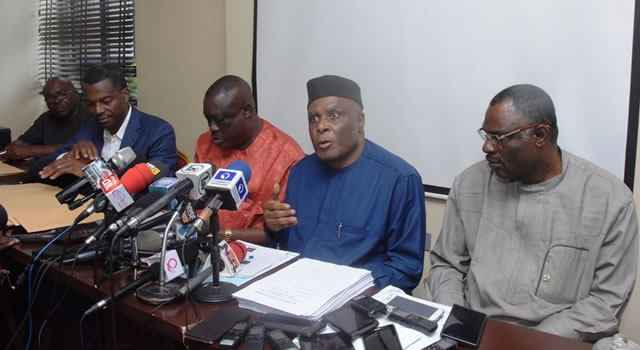 The Clement Ebri-led National Working Committee (NWC) panel that supervised the All Progressives Congress (APC) governorship primaries for Lagos has made a U-turn on its earlier stance that the primaries did not hold.

The electoral panel on Wednesday declared Babajide Sanwo-Olu as winner of the exercise.

Ebri made the announcement on Wednesday while endorsing the result of the primaries held on Tuesday.

Ebri who had cancelled the election on Tuesday, said his panel had not conducted any poll, as they had been waiting in their hotel for the electoral materials to be picked up, but nobody showed up.

He also claimed that his panel was meeting with stakeholders to iron out some issues, and that the agent of one of the aspirants did not show up for the meeting.

The result of the primary election was announced by the Lagos State Chairman of the APC, Tunde Balogun on Tuesday night and Jide Sanwo-Olu was declared the winner, with 970,851 votes while Governor Akinwunmi Ambode got 72,901 votes.