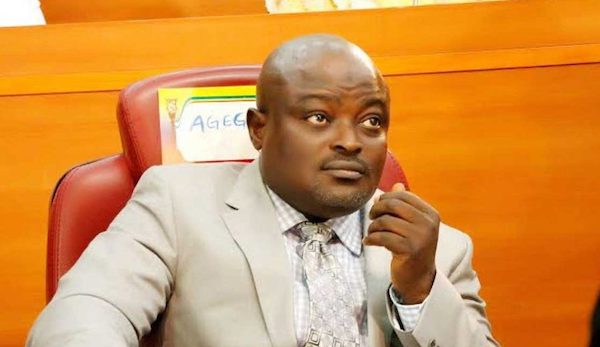 Lagos State House of Assembly said on Thursday it has received an Executive Bill on the South West security outfit, Amotekun from the state government and consequently fixed Monday for public hearing on the matter.

The Clerk of the House, Mr. Azeez Sanni, told the House that he received a letter from the state Attorney-General and Commissioner for Justice, Mr. Moyosore Onigbanjo, on Wednesday.

Sanni said the bill is seeking the amendment of the Lagos State Neighbourhood Safety Corps (LNSC).

The clerk was subsequently ordered to read the Bill titled: “A House of Assembly Bill No. 5 Lagos State Neighbourhood Safety Corps (LNSC) Amendment Bill 2020 And for Connected Purposes for the First and Second times.

The Speaker of the House, Mudashiru Obasa, committed the bill to the House Committee on Information, Publicity, Security and Strategy for public hearing during the Thursday plenary.

Obasa noted that the committee would be headed by Mr. Tunde Braimoh and was directed to report back to the House at a date yet to be fixed.

The House Majority Leader, Mr. Sanai Agunbiade, said that the bill was predicated on the private member bill that established the LNSC.

Agunbiade added that the bill was incorporating the concept of a more dynamic and more strengthened security platform than what they had in the state.

He said: “It is meant to energise and strengthen the security that we have in Lagos State based on the challenges in the state and in the South-West.

“It tries to create a unit out of the LNSC to be referred to as Amotekun Corps to take charge of security in certain areas such as in the forest, highway and other places to protect us against hoodlums, cattle rustling and others.

“It will have a commander and Amotekun Corps will bear arms with the permission of the police.

“They will cooperate with other security platforms in Ondo, Oyo, Ogun, Ekiti and Osun States.”

Related Topics:AmotekunLagos Assembly
Up Next