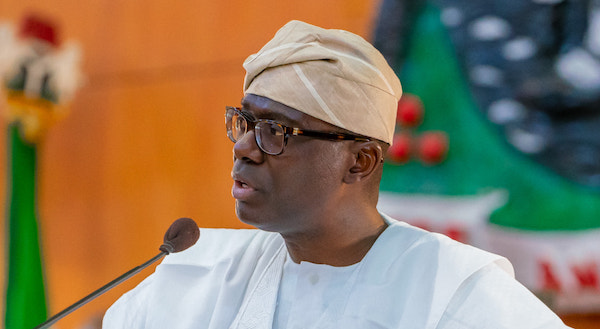 The final phase of the multi- billion dollar Blue Line Rail project would be ready by December next year, the Lagos State Governor, Babajide Sanwo-Olu, said on Tuesday.

He said the state government integrated mass transportation initiative has recorded a huge progress with the successful completion of the project elevated sea-crossing track.

The governor made the remarks when he led members of the State Executive Council to inspect the five-kilometre long Continuous Beam Bridge constructed from Iganmu to Marina.

The bridge is part of the project fourth phase.

He said: “The completion of this project is a top priority for our administration, as it is critical to the achievement of our prioritised pillar of traffic management and transportation in our six-point development agenda, known as project THEMES.

“The aim of this rail project is basically to reduce travel time through an effective and efficient intermodal transport system. It is also key to the building of a 21st century economy, which is central to the vision of a Greater Lagos aspiration. We are committed to delivering this project next year and ensuring its operation starts in 2021.”

The construction of the Blue Line rail tracks, the governor noted was being implemented in strict adherence to the State’s Strategic Transport Master Plan, which prescribes six rail lines and one monorail for the long-term strategic goals of the state.