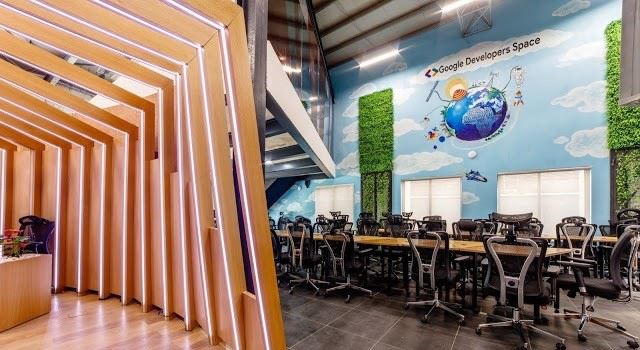 This is according to the recently released StartupBlink Ecosystem Index Report 2021.

Still leading the pack is San Francisco and New York, maintaining their positions from the last rating.

The Global Startup Ecosystem Index is built using hundreds of thousands of data points processed by an algorithm that takes into account several dozens of parameters including the number of startups, the size of the domestic market, the ease of doing business amongst others.

Tech Trivia: Steve Jobs and Steve Wozniak were well-known founders of Apple Inc., but there was a third founder. What was his name?

FundingHub is one of South Africa’s leading business finance marketplace.

The new investment comes as a second equity funding, and makes the company FundingHub’s majority shareholder.

Since its inception in 2017, FundingHub connects SMEs with 33 banks and alternative lenders.

He said: “We made a second investment into FundingHub due to its dramatic growth over the past 18 months. We are confident about the ongoing expansion of this business.

“We are particularly interested in investing in technology-driven businesses that help financial service providers originate sales, onboard new clients seamlessly and enrich their database. It is through the seamless origination and onboarding that real value is offered to businesses and consumers.”

Looking at commencing a major expansion, Cairo-based digital trucking marketplace Trella has secured a US$42 million Series A funding round.

According to the startup, the funding comprised of US$30 million in equity and US$12 million in debt facilities.

The development comes as the startup seek to expand its portfolio to the Middle East, North Africa, Afghanistan, and Pakistan (MENAP).

Launched operation in 2018, Trella is a B2B technology platform and trucking marketplace connecting shippers with carriers in real-time.

Today, the startup has over 350 shipper partners including blue-chip brands such as Coca-Cola, Maersk, Mondi, Henkel, Orascom and Cemex.

According to CNBC, Wayne joined the nascent Apple in 1976 and was given 10 percent ownership. He lasted only 12 days, became quickly concerned he would be held personally responsible for the company’s debt, decided to leave and sold back his share to Jobs and Wozniak for $800, the network reported.