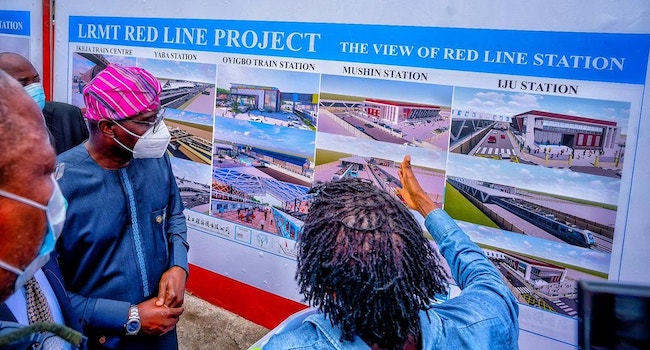 The state Governor, Babajide Sanwo-Olu, disclosed this during the project’s flag-off in Ikeja on Thursday.

Sanwo-Olu said the project would be implemented in two phases.

He said: “We project that the Red Line would move its first passenger in the fourth quarter of 2022.

“In addition, we are simultaneously working on bringing the first phase of our Blue Line to passenger operation, projecting that it would be in operation by the fourth quarter of 2022.”

According to him, the construction of the infrastructure for the standard gauge Red Line would share tracks with the Lagos-Ibadan Railway Modernisation Project being undertaken by the Federal Government.

The governor said the Red Line would have 12 proposed stations while the first phase would cover Agbado to Oyingbo with nine stations.

Sanwo-Olu added: “Three of the stations will be constructed with the Lagos–Ibadan Railway Modernisation Project undertaken by the Federal Government at Agbado, Agege and Ebute Metta Junction.

“The remaining six would be constructed as independent stations at Iju, Ikeja, Oshodi, Mushin Yaba, and Oyingbo.

“The phase two which would be mostly elevated would have stations at Iddo and Ebute-Ero before terminating at Marina.”