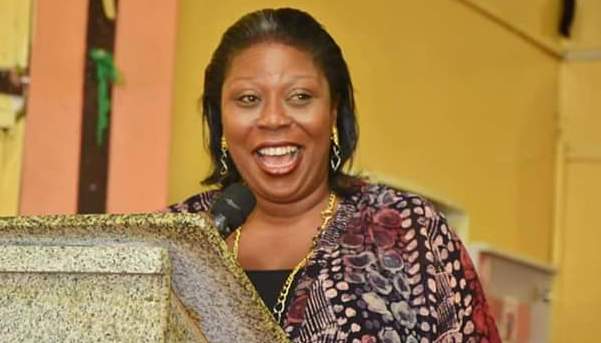 Benson-Awoyinka, who disclosed this during the 2020 ministerial press briefing to commemorate the first year of the Babajide Sanwo-Olu’s administration, said any fraudsters caught would be prosecuted henceforth.

She said the government had resolved to take such strong measures to stop developers and real estate agents from defrauding members of the public in the state.

The governor’s aide, who is also in charge of the Lagos State Real Estate Transaction Department (LASRETRAD), said the agency was currently prosecuting two developers who allegedly duped people in Ketu and Mafoluku areas of the state.

She told journalists the government had also seized their properties and that her office was working on ways of selling them.

According to her, the proceeds from the sale of the properties will be used to settle the victims of the duo’s fraudulent acts.

Benson-Awoyinka, however, appealed to members of the public to always patronize agents and developers, who were registered with the agency.

Related Topics:fraudLagos govt
Up Next