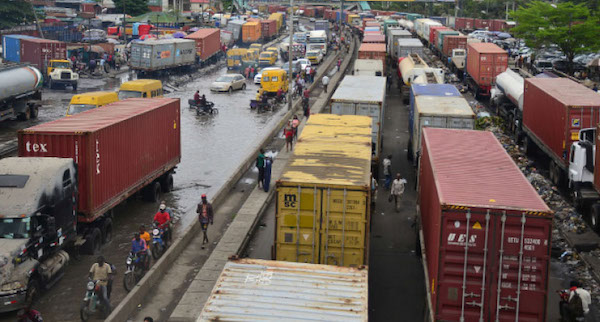 The Special Adviser to the Governor of Lagos State on Transportation, Hon. Oluwatoyin Fayinka stated this in a statement after an operation review Meeting with terminal operators in the Tin Can Island ports at Apapa, on Saturday, March 13.

Fayinka, who doubles as the Chairman, Traffic Management Enforcement Team, declared that the meeting was a continuation of efforts to enlist the support of all the critical Stakeholders in the Ports at Apapa.

Fayinka noted that traffic in and out of Apapa and its environs has improved drastically.

He said, “If you come in through Eko bridge, Ijora, Sifax, or Iganmu, the road is free. The only problem we are having now is from Area B to the Port.’’

“We have actually met with shippers council and they told us they are ready.

“We have agreed that the next meeting will be to engage the Shippers Council, the truckers, the terminal operators, Nigerian Ports Authority, and every other Stakeholder, so we can listen to their challenges.

“This is because we will want the Shippers Council to be up and doing in the evacuation of empty containers. It is their responsibility to remove empty containers from blocking the roads,” he disclosed.

In his remarks, the Chairman of Apapa Local Government Area, Hon. Elijah Adele charged terminal operators on the need to support the e-call up system.

Adele noted that the time for making excuses is over, saying that everyone must cooperate with the State Government on Apapa gridlock intervention.

“The traffic situation has to be drastically reduced so that your businesses can thrive.

“When the road is free, the truckers turnover will be high. Traffic causes health, security, environmental, and other societal problems. I’m begging us, let’s make this work,” Adele said.