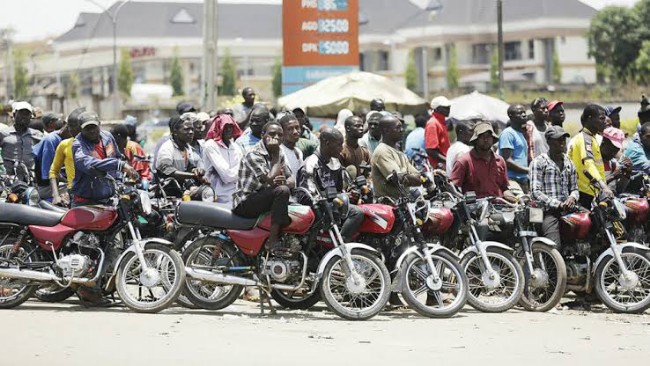 The Lagos State government has announced a total ban on operators of commercial motor-cycles, otherwise known as okada in some local government areas of the state.

This followed the death of a sound engineer, in the Lekki area of the state who was mobbed, beaten to death and burnt by okada operators in the area over a disagreement involving N100.

The ban had been previously put in place by a previous administration in the state, but it’s implementation had become lapse.

The Governor gave the order at a meeting with DPOs and Area Commanders across of the state at the Lagos House, Ikeja.

He noted that other security agencies will join in the enforcement, which will be effective from June 1, 2022.

Local Government Areas affected by the ban are the whole of Ikeja, Surulere, Eti-Osa, Lagos Mainland, Lagos Island and Apapa.

It would be recalled that other members of the band were attacked and injured, in the mob attack.

A law banning the activities of okada riders was made in 2012 by the then Governor of the state, Babatubde Fashola.

The law barred okada riders from plying 475 routes in the state including Ikorodu Road, Funsho Williams Avenue, Apapa-Oshodi Express, Lagos-Badagry, and Lekki-Epe expressways, among others.

Fashola had raised concerns over the many avoidable injuries and deaths emanating from the unmonitored activities of the okada riders.

Since then, implementation of the laws banning the activities of the okada riders has not been effective, as security agents had been accused of being complicit in taking bribes and allowing the operators to carry on against government’s directive.