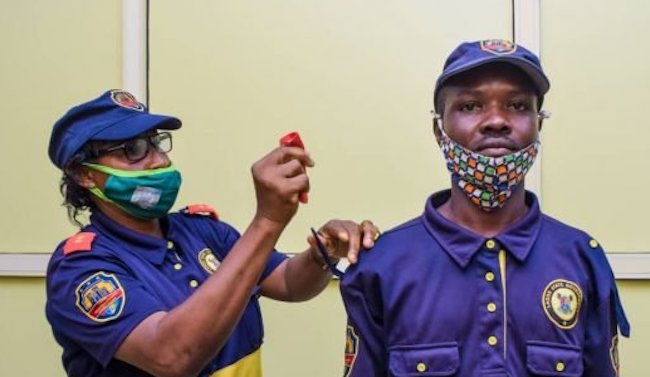 The management of the Lagos State Neighbourhood Safety Agency (LNSA) has suspended two of its personnel for maltreating an Uber driver, Adedotun Clement, during Wednesday’s #ENDSARS anniversary rally in the state.

In a video that surfaced on social media, the officers who were members of the Lagos Neighborhood Security Corps (LNSC) were seen maltreating the driver despite identifying himself to the personnel during the rally.

The two men and their supervisors went through an orderly courtroom trial after they were charged with disreputable conduct.

The General Manager of the agency, Dr. Ifalade Oyekan, who confirmed the development to journalists on Friday, said the officers were found guilty of irresponsible behaviours and breach of public peace.

He said the supervisors were suspended for one month while the two officers directly involved in the assault of the driver got two months suspension.

They were removed from the team and reassigned to another command of the agency.

The LNSA chief apologised to the driver and reaffirmed the Lagos government’s commitment to the protection of lives and property in the state.