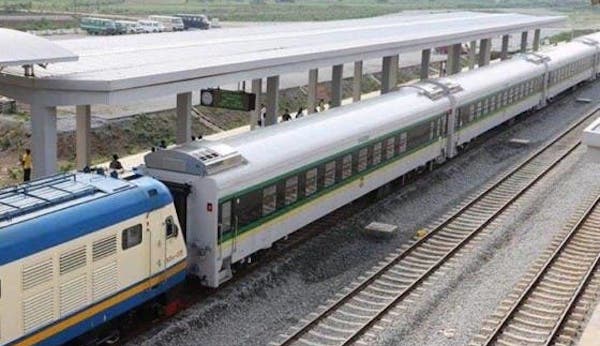 The Lagos State government on Friday announced the temporary closure of the Apapa Dock Road to allow the completion of work on the railway modernisation project.

The state’s Commissioner for Transportation, Dr. Frederic Oladeinde, who disclosed this in a statement in Lagos, said the road would be closed from January 17 and January 24.

He said the tracks of the standard and narrow railway gauge would be laid during the period, adding that this would allow the contractors to work without any interruptions.

The commissioner said: “Motorists heading towards Naval Dock Yard from Ajegunle are advised to go through Marine Bridge to link Ijora Bridge and descend to Under Bridge at Ijora 7up to connect Forte Oil/Conoil Depot and access the Western Naval Gate.

“Those coming from Ijora Olopa are to link Ijora Oloye through Under Bridge (7up).

“Traffic heading to the Naval Dock Yard from Ijora Badiya would be directed to ascend Total Bridge, make a u-turn under the bridge and reconnect the bridge again to descend Under Bridge (Ijora 7up) and access the Western Naval Gate.

“Other motorists coming from Iganmu are advised to link the Naval Dock Yard from Under Bridge (7up) as well.

“Also motorists whose movement would be disrupted by the closure have been advised to utilise the provided alternatives during work on the railway project.”

He urged motorists to follow the directives of the Lagos State Traffic Management Authority (LASTMA) personnel to minimise inconveniences along the corridors.