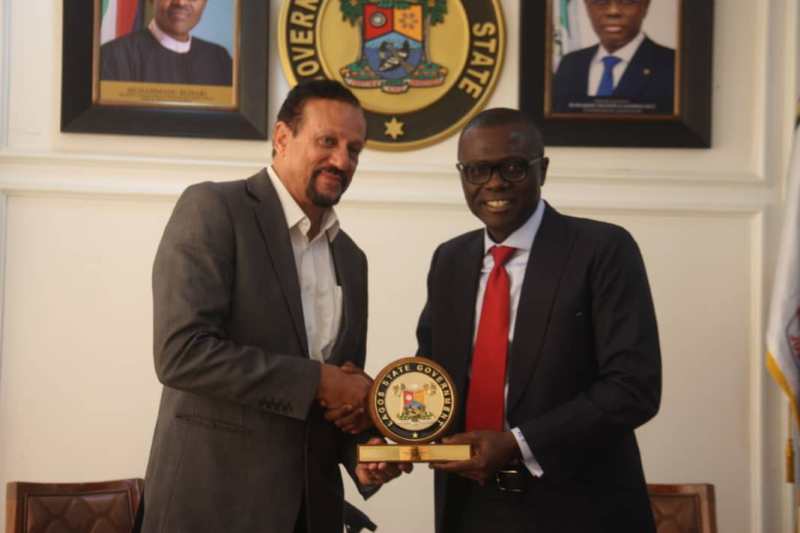 Lagos State Governor, Babajide Sanwo-Olu believes that sport is a key to youth development and so reaffirmed the state’s commitment to the annual ITTF Challenge Plus Nigeria Open.

Receiving the world table tennis governing body’s delegation led by its Executive Vice President, Dr. Alaa Meshref on Tuesday, Governor Sanwo-Olu said the hosting of the tournament has put Lagos on the world map with players across the world eager to be part of it.

Nigeria Open is the third tournament in the last one week to be staged in Lagos after the African club Championships and the ITTF Africa Cup.

Sanwo-Olu said table tennis has been developing since the start of the Nigeria Open few years ago.

“We want to continue to raise the bar so that other countries can continue to come to Lagos to compete,” the governor said.

“We will not relent in our efforts to empower our youths, which has been part of our campaign promises that we will support our youth to actualise their dream through sports,” he added.

For Dr Meshref, Lagos has become the home of table tennis in Africa having hosted some of the major tournaments in the ITTF Calendar.

“We are proud to be associated with Lagos State and we want thank you for your support and this goes to show that you are indeed a sports loving governor. ITTF has seen the Nigeria Open as one of major tournaments in the world and we will continue to do our best to support the tournament,” he said.