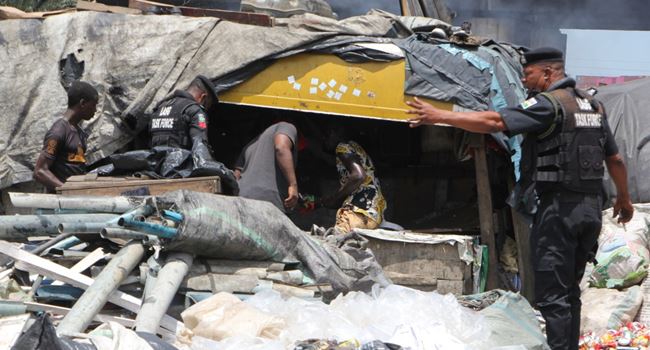 The Lagos State Environmental and Special Offences Unit, has served a three-day quit notice on squatters at the Iganmu Under Bridge, in the Orile-Iganmu local council of the state.

The quit notice which came via a gazette by the unit’s taskforce on Monday, added that a three–day removal notice of all illegal structures, trucks, and vehicles in the area and Apapa environs has been issued.

Chairman of the Unit, Chief Superintendent of Police, CSP Shola Jejeloye, urged all owners of the illegal structures, abandoned trucks, and shanties to immediately remove them as well as vacate the area within the stipulated date given or be forcefully removed.

Jejeloye disclosed that the removal notice became necessary in view of the rising incidences of traffic robberies around the area and environmental nuisance caused by the illegal squatters in the area.

He also appealed to traders, mechanics, and other squatters living under the bridge in clusters, to relocate or the government would be forced to evacuate them forcefully on the expiry of the notice on Thursday, May 13, 2021.

“I can assure you that government would enforce this notice come this Thursday,” Jejeloye vowed.

Buhari moves to resolve plight of Nigerian traders in Ghana