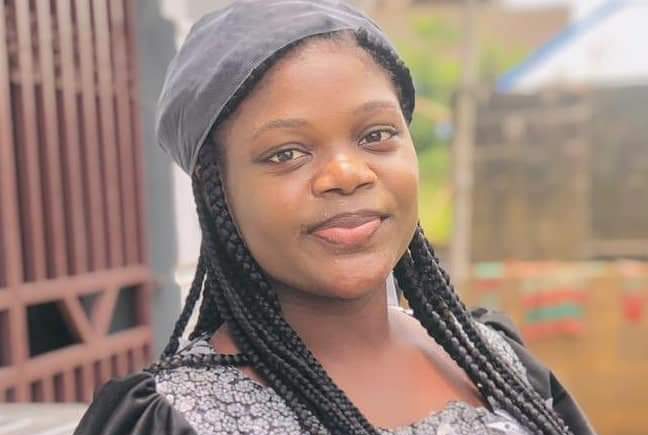 A 22-year-old fashion designer, Oluwabamise Ayanwola, who was declared missing after she boarded a Bus Rapid Transport (BRT) from Lagos Island enroute Ikotun, has been found dead.

The Lagos State Police Public Relations Officer (PPRO), DSP Adekunle Ajisebutu, who confirmed the development in a statement on Monday, said the lady’s corpse was found by the police at a mortuary at Ebute Ero area of the state.

A social media user who also posted updates on the missing Oluwabamise, said her brother had identified the body found in the morgue.

“Bamise’s brother was at Ebute Ero Police Station this morning to confirm and when he was shown the picture of the body, he affirmed that it was his sister’s.”

The deceased had reportedly boarded the Lagos State government owned BRT bus from Chevron Estate in Ajah, on her way to Oshodi but was allegedly abducted by the driver of the bus who has been identified as Nice Andrew Omininikoron, along with three others who pretended to be passengers in the bus.

According to the deceased elder sister, Elizabeth, Oluwabamise had boarded the bus with the registration number AGL 948 YD at about 7:30pm at Chevron Bus Stop in Ajah, on her way to Oshodi where she was supposed to take another bus to Ikotun to visit her brother whose wife had just put to bed.

“On Saturday evening, February 26, my sister closed from work at 7pm. She normally had breaks on Sundays. She works at Ajah as a fashion designer and normally works from Monday to Saturday.

“So when she closed on that
February 26, she wanted to go to our brother’s house at Ikotun because his wife had just put to bed.

“She boarded the BRT bus from Chevron Bus Stop. When she entered the BRT bus, it was only her, and there was no light inside the bus.

“She had felt safe inside the BRT bus since it is a popular state bus, but she wondered why it was only her that was in the bus and the driver didn’t pick any other passenger.

“She was even conversing with a colleague of hers because she felt unsafe. She was sending voice notes to her friend. Her friend advised her to drop since the driver didn’t pick up any other passenger.

“So later on, the driver later picked up three people on the road: two men and a lady. Then she now felt calm.

“She made several videos of the bus and the driver and sent it to her friend. The video captured the bus number. It helped us in tracking the bus.

“After repeated calls, her friend said she heard some voices underneath trying to struggle to get the phone from her.”

In an earlier statement confirming the disappearance of the lady, Ajisebutu said that the state Commissioner of Police, Abiodun Alabi, had directed the State Criminal Investigations Department (SCID), Panti, Yaba, to take over the investigations of the incident.

Confirming the development, the Lagos State Police Command in a statement issued by the state police spokesman CSP Adekunle Ajisebutu on Monday, said Oluwabamise’s corpse was found lying on the Carter Bridge by Ogogoro Community in the Ebute-Ero area of Lagos Island and was taken to the mortuary of the Mainland Hospital, Yaba, for autopsy.

“The Lagos State Police Command regrets to inform the public that Oluwabamise Ayanwole, the 22-year-old lady who got missing in transit while on board a BRT bus on 26/2/2022 has been found dead.

“The corpse was found lying on the Carter Bridge by Ogogoro Community, Lagos Lagos Island. The corpse has been deposited at the morgue of the Mainland Hospital, Yaba, for autopsy.

“The bereaved family has been contacted and family members have identified the corpse as that of Oluwabamise Ayanwole, the lady earlier declared missing.

“The Commissioner of Police, Abiodun Alabi, is saddened by this incident and, therefore, expresses, on behalf of the management, officers and men of the Command, his heartfelt condolence to the bereaved family.

“Notwithstanding the death of Oluwabamise, the detectives handling the case would not rest on their oars until her killers are found.

“We, therefore, assure the concerned public and the bereaved family that we are closing in on the culprits and we are sure that soon the suspects would be arrested and made to face justice for this murderous act.

“While soliciting the cooperation of all and sundry, we once again appeal to anyone with additional information that could help the police in arresting the suspects to kindly oblige us. Such information, we assure, will be treated with utmost confidentiality.

“The Command is ever determined and committed to protection of lives and properties of residents in the state; and has strengthened its security apparatus to prevent a recurrence of this ugly, disturbing incident,” Ajisebutu said in the statement.