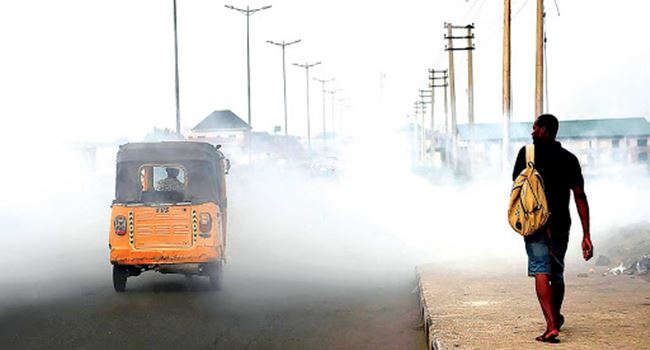 Nigeria’s commercial capital, Lagos, lost $2.1 billion on account of the hazards of air pollution on the state, Minister of Science and Technology Ogbonnaya Onu said Friday, citing a World Health Organisation commentary on pollution in major cities of the globe.

Onu cited women and children as the major victims of the environmental crisis at the inauguration of the Inter-Ministerial Committee on Pollution Control in Nigeria, with many lives already lost by the two social groups.

“The (WHO) report said Lagos has a higher level of pollution than what is acceptable and the cost is heavy in terms of human lives and revenue to the nation”, he said.

The committee is duty-bound to find remedies to curb the trend, Dr Onu said, given that it is capable of impeding socio-economic activities.

Dominated by staff of directorate cadre of the Federal Ministries of Science and Technology, Transportation, Environment, Health, Industry, Aviation, Trade and Investment, Petroleum Resources, and The Ecological Fund Office in the Secretary to the Government of the Federation’s Office, the panel is to hand in its findings in a fortnight.