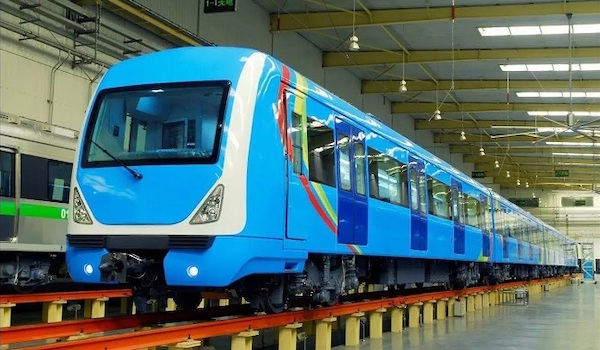 The Lagos Railway District Manager, Mr. Jerry Oche, said on Saturday the Mass Transit Train Services (MTTS) in the state would not resume yet despite the gradual easing of COVID-19 lockdown in the state.

Oche, who disclosed this to journalists in Lagos, said the Nigeria Railway Corporation (NRC) would concentrate on Apapa freight shuttles alone.

He noted that it would be difficult to ensure social distancing both at the railway stations and onboard the trains.

According to him, though the NRC would resume work, train services would be limited to freight shuttle from Apapa to Iddo and Apapa to Ebutte-Metta, among others.

Oche said: “As directed by the Federal Government, we will resume on May 4 like every other agency but our emphasis, for now, is going to be on Apapa freight shuttle.

“Don’t forget that if we have to do the MTT, there are several measures to be put in place. The social distancing is there, the enforcement is there and we know how porous our stations are.

“It is going to be very difficult and we don’t want to go in that line now.

“So, what we intend to do is to deploy our manpower, allowed by the government to resume work, for the freight shuttle services.”

Oche added that the corporation would not also want to endanger the lives of its staff, especially checkers on the train.

He added: “It is not everybody that is resuming, it is just for those on level 14 and above. We don’t want to risk anybody’s life.

READ ALSO: KANO: Emir of Rano dies hours after being rushed to hospital

“For freight shuttle, we don’t need checkers, we just need drivers. We can manage that one.

“The freight shuttle is a shorter distance, it is just Apapa to Ebute-Metta and Iddo as the case may be. All our emphasis is going to be on freight shuttles.”

KANO: Emir of Rano dies hours after being rushed to hospital