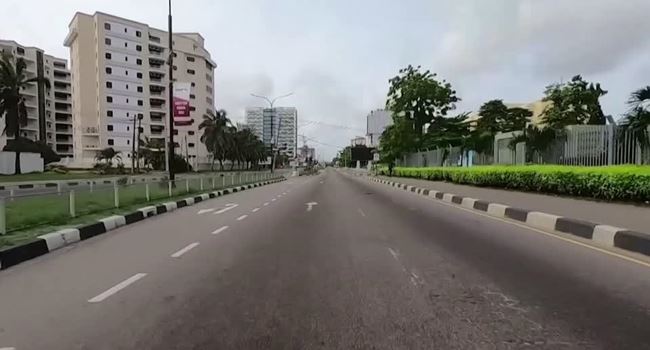 Lagos State Governor, Babajide Sanwo-Olu, has stated that the 24-hour curfew imposed on the state may be eased soon, depending on the situation on ground.

He stated that the curfew imposed to curtail the arson and widespread violence might be eased by Friday, or Saturday.

Governor Sanwo-Olu gave the indication on Thursday morning, while speaking in Arise TV, saying it became necessary so that residents could restock food supplies and other essential commodities.

“Once we see the streets are cleared up and all the agitation and high nerves have gone down, we might slow down the curfew by tomorrow (Friday) or next tomorrow (Saturday) at the latest,” the governor said.

Read also: After Lekki shooting, I called Buhari twice but could not speak with him –Sanwo-Olu

It would be recalled that Sanwo-Olu had announced the imposition of the curfew on Tuesday afternoon in the wake of the unrest in the state.

This came after hoodlums took advantage of the #EndSARS protests in parts of the state to wreak havoc and cause mayhem.

Tension however became higher on Wednesday, after the attack on peaceful protesters at the Lekki Toll Plaza by soldiers, who opened fire on unarmed youths, leading to deaths and injuries.

#EndSARS: Those who violated, abused human rights must be held accountable –Canadian govt