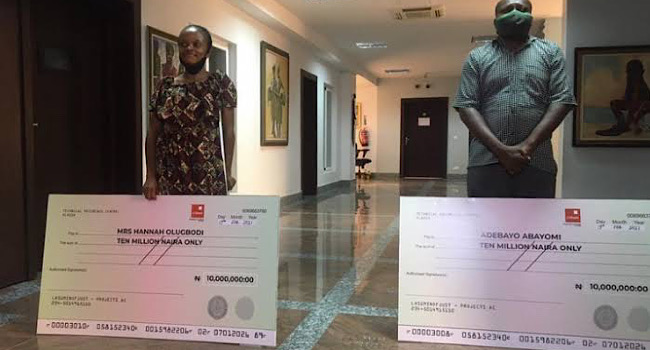 The Lagos State panel of inquiry probing allegations of rights violations by operatives of the defunct Special Anti-Robbery Squad (SARS) and other police units on Friday awarded N10 million compensation each to two victims of police brutality.

The victims are – Kudirat Abayomi and Hannah Olugbodi.

The panel also recommended the prosecution of the police officers involved in the killing of Abayomi who died from a stray bullet fired by the police in April 2017.

The team further awarded scholarships to the woman’s children.

The panel directed the police authorities to forward a letter of apology to the family of the deceased.

Olugbodi, a 35-year-old hairdresser, ended up on a crutch after her left leg was shattered by a stray bullet fired by some SARS operatives at the Ijeshatedo area of Lagos in June 2018.

The panel was set up by Lagos State government in October last year following the shooting of #ENDSARS protesters by the military in the Lekki area of the state.