Home » Politics » LAGOS: Reports of feud between me and Gov Ambode false- Sanwo-Olu 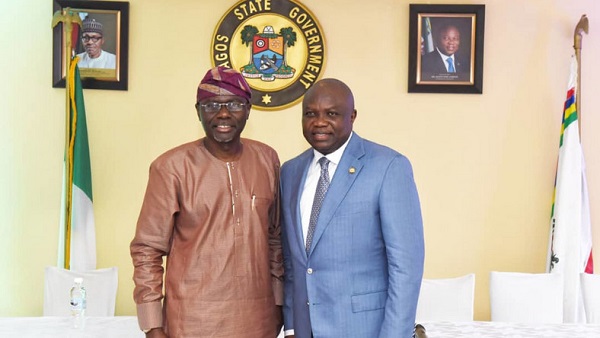 Sanwo-Olu’s media officer, Gboyega Akosile, assures that the relationship between the Governor-elect and Ambode is very cordial, urging those in the business of sowing seeds of discord among political leaders for selfish personal gains to desist from such as it will not work in this case.

According to an exclusive story by Daily Independent newspaper, and spread by some online platforms, the duo are not on talking terms despite being members of the same party.

The report stated that Sanwo-Olu had failed to visit Ambode or acknowledged the governor’s role in his acceptance speech after being declared winner of the election by the Independent National Electoral Commission (INEC).

However, Akosile in reaction to this, said although it is true that Sanwo-Olu is yet to personally visit Ambode since he was declared winner of the March 9 gubernatorial election, the two leaders are in constant communication, working on modalities for a smooth transition.

“I can confirm to you that Mr. Sanwo-Olu and Governor Ambode are in constant touch with each other. What you need to know is that they are working quietly behind the scene to come up with a smooth transition.

“As we speak, they are talking majorly about the composition of the transition committee that will work on the seamless hand-over on May 29th this year. There is no rift of any sort between the Governor-Elect and the sitting Governor.

“At least I can speak authoritatively that the Governor-elect does not think about all that happened during the campaign period, rather his mind is fixed on the future of Lagos State. Mr. Sanwo-Olu’s thoughts are preoccupied with the daunting challenges that are ahead of him and how he will harness the available human and material resources to achieve his campaign promises of a greater Lagos for all’’, he said.

Akosile further assured that at the appropriate time, Lagosians will be privy to all that the two leaders are doing to achieve a seamless transition.

“Very soon, Lagosians will be availed the details of all the positive things that our leaders have been working on in the background. Don’t forget that campaign period is over, now is time for some serious work on how to move Lagos State from the point it is to where we all desire.’’