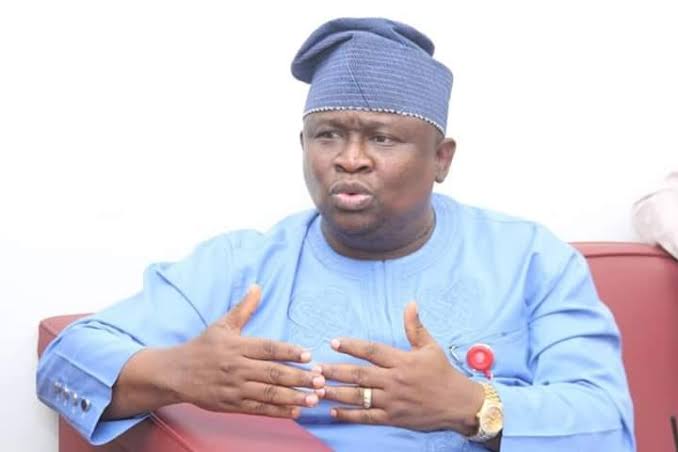 Popularly known as Yayi, who is the Chairman Senate Committee on Finance will be contesting to represent Ogun West senatorial disctrict in 2023.

He was declared winner of the Ogun West senatorial primary election, which was held at Oronna hall, in Ilaro, defeating the incumbent senator from the region, Senator Tolu Odebiyi.

The election was held by the APC electoral panel, led by the Chairman, Dr. Dapo Odukoya, and reportedly monitored by officials of the Independent National Electoral Commission (INEC).

His resolve to leave Lagos and contest for a senatorial ticket in Ogun state had caused rancor in the Ogun west chapter of APC, as some members of the party failed to welcome him.

However, he enjoys the support of the incumbent governor, Dapo Abiodun, while Odebiyi is supported by former Governor Ibikunle Amosun.

It was gathered that there was a motion of notice in the Federal High Court, Abeokuta, seeking to stop the senator from contesting in Ogun East. However, the case is yet to be assigned to a Judge.