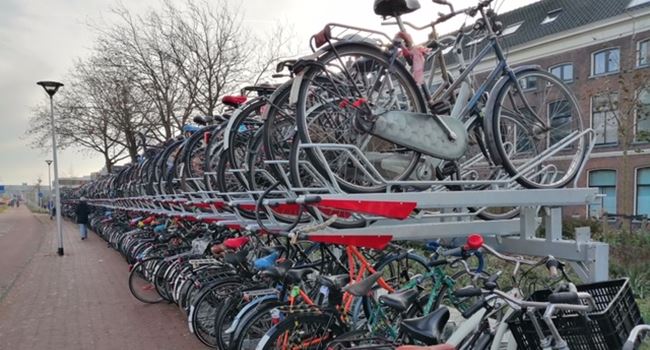 Lagos is naturally alive all week; a bubbly economic hub that hardly goes to sleep. With an idea in your head, you can head to the bank with your pocket full of gold.

But in its sweet economic boom, lies one of its greatest challenges – traffic gridlock.

The problem at hand

The state is fast synonymous with frustrating road congestion that leaves residents worn out and angry. Statistics shows that at least, more than eight million people, moving in five million vehicles use the 9,100 road network in the state everyday .

This overwhelms the roads, and sometimes, they are blocked. Unfortunately, once a major road network becomes blocked, one can experience a total lockdown of the 5th largest economic city in Africa.

In the last few months, Lagosians have groan under excruciating traffic locked downs. They have called on the government to address the situation but not much has changed. The Governor, Mr. Babajide Sanwo-Olu once expressed his frustration, urging Lagosians to endure until after the wet season. He would later announce that some construction companies had been contracted to fix the bad roads. Yet, the roads are still not free.

Personally, I also pay a steep price for this urban mess. For instance, I spend four hours in traffic every weekday. In just one week, this takes 20 hours from me and 960 hours in a year. Sadly so, this means I spend 40 days in traffic out of every 365 days in a year.

A Workspace Psychologists I recently spoke with, said such frustrating traffic generally takes its toll on the mental health of the people, reduce their productivity, increase their stress and anxiety and generally affects the quality of life. No wonder, public taxi drivers behave in manners that usually push us to the edge.

It’s fair to note that traffic congestion is typical of megacities like Lagos. But what set societies apart is the kind of sustainable solution they explore to address the challenge.

How far have we done?

In fairness to the Lagos state government, it has always taken up the challenge but it seems it’s overwhelmed. Lay-bys have been constructed, inner-city roads had been built, flyover bridges have been erected,  traffic management agency upscaled among other interventions; but the problem has refused to go away.

While the state is doing it’s best to make the waterways safe for commuters and get the blue line train system to start operations, The #Netherlands might have a simple solution that we might start to consider.

As the Lagos state government continues to build more infrastructure, there’s a need to consider the option of encouraging its residents to use bicycles for short trips. In 2015, the former Governor of Lagos State, Mr. Babatunde Fashola inaugurated roads that specially provided lanes for bicycles and pedestrians. The 2km Wempco Road was one of them. This was a great idea but it soon disappeared into the wind.

Interestingly, the state has an immense potential to explore this option. Lagos is lucky to be on a flat landscape which makes it suitable for cycling. Let’s look at the Dutch example, The #Netherlands is also on a flat landscape like Lagos. Over the years, the country has converted this advantage to become famous for bicycles. In 2018, the country had more bicycles than people. It’s almost impossible to see a household without at least, one bicycle. It’s bicycle population stood at 23 million to its 17 million human population.

For decades, it carefully designed its transport infrastructure to promote cycling. Today there are more than 35,000 km of cycle lanes around the country. Bicycles have become an important part of its culture. People take short trips on their bikes and the country’s Prime Minister, #MarkRutte has been variously reported to have ridden a bicycle to the #Dutch Parliament.

Although, I do understand that there’s a cultural twist to this proposal but the sentiments can be addressed through continuous education and enlightenment. Riding a bicycle doesn’t mean that you’re poor, it doesn’t reduce your self-worth, it’s just a smart way to keep the environment clean, exercise and deal with traffic. On the health side, a 2015 study found more than 6,000 deaths in the Netherlands are prevented each year due to cycling, and it adds six months to the average life expectancy.