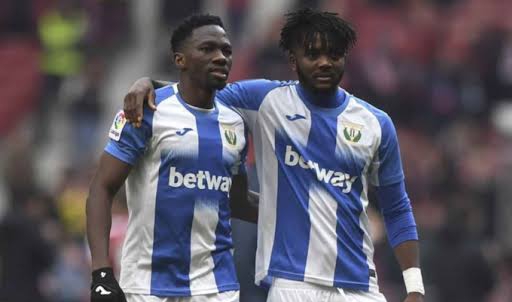 Super Eagles duo of Kenneth Omeruo and Chidozie Awaziem suffered relegation with Leganes after they were held to a 2-2 home draw by La Liga champions Real Madrid.

Both players were unused substitute in the game as Leganes finished in 18th position on the LaLiga table.

Nigerian star, Azeez Ramon was in action for Granada in their 4-0 win against Atletico Bilbao.

With the win, Granada finished in seventh position on the table.

Winger, Samuel Chukuweze played for 62 minutes as Villarreal defeated Eibar at the Estadio de la Ceramica to finish in fifth position, clinching an Europa League spot for next season. 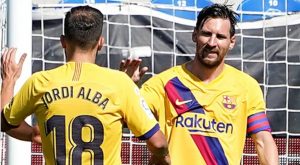 Meanwhile, Lionel Messi won his seventh La Liga golden boot – and his fourth in a row – after scoring twice in Barcelona’s 5-0 win over Alaves on the final day.

The game was not of importance as Real already clinched the La Liga title on Thursday.