Lampard set to be sacked by Chelsea, to be replaced by Tuchel -Report | Ripples Nigeria 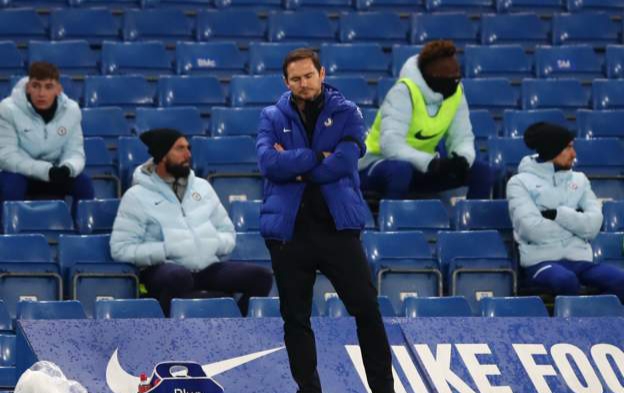 English Premier League club, Chelsea are set to sack Frank Lampard as manager of the club, according to reports emanating from the United Kingdom.

Lampard, a former Blues star who took over the position from Maurizio Sarri at Stamford Bridge in July 2019, had had a poor run with the team lately.

But despite bouncing back to beat Luton Town 3-1 and advancing to the fifth round of the FA Cup, the club have decided to let the Englishman go.

According to Sky Sports in Germany, former Paris St-Germain manager, Thomas Tuchel is in line to take over from Lampard.

Lampard was appointed on a three-year contract when he replaced Sarri, but had only managed the team for 18 months, with no title to show for it.

He guided the Blues to fourth place in the Premier League last season, and to the FA Cup final where Chelsea lost to Arsenal.

The Blues have suffered six losses in the Premier League this season and are on ninth position in the table. They face Wolves next on Wednesday.

We’ll rather die than allow herdsmen take over our land, Igboho says amid threat of arrest