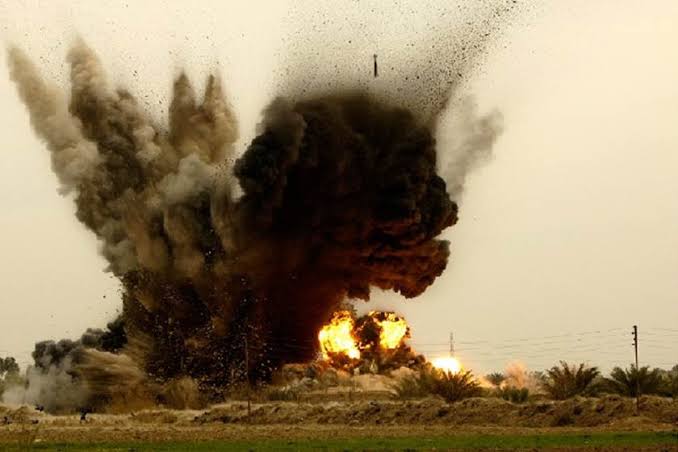 Five farmers were killed on Wednesday after their vehicle hit a landmine near the city of Maiduguri.

Residents and militia disclosed that a truck transporting farmers and their harvest of cucumbers from nearby irrigation fields exploded when it hit a mine outside the town of Addamari.

The Islamic State West Africa Province (ISWAP) militant group, which last week attacked a military base in the town was blamed after the incident left twenty people injured.

While speaking to journalists, Babakura Kolo, an anti-jihadist militia leader in Maiduguri said: “Five people were killed and 20 injured in the explosion,”

“The truck was returning from the fields outside the town around 12:40 pm when it hit the mine planted in the middle of the road,” he said.

A resident, Kassim Butari who gave a similar version said ISWAP fighters were most likely behind the explosion.

“We recovered four dead bodies and took 21 injured to hospital where one more died,” he said.

Meanwhile, military and civilian sources disclosed that on February 28, ISWAP fighters invaded a military base in the town, which led to a two-hour battle in which two soldiers and a militiaman were killed. Several fighters were killed and many of their vehicles destroyed.

On March 2, a statement was issued by ISWAP which claimed to have killed 10 soldiers and seized a military truck in the attack.

Boko Haram militants have constantly targeted farmers, loggers and herders, blaming them of passing information to the military and the pro-government militia fighting them.