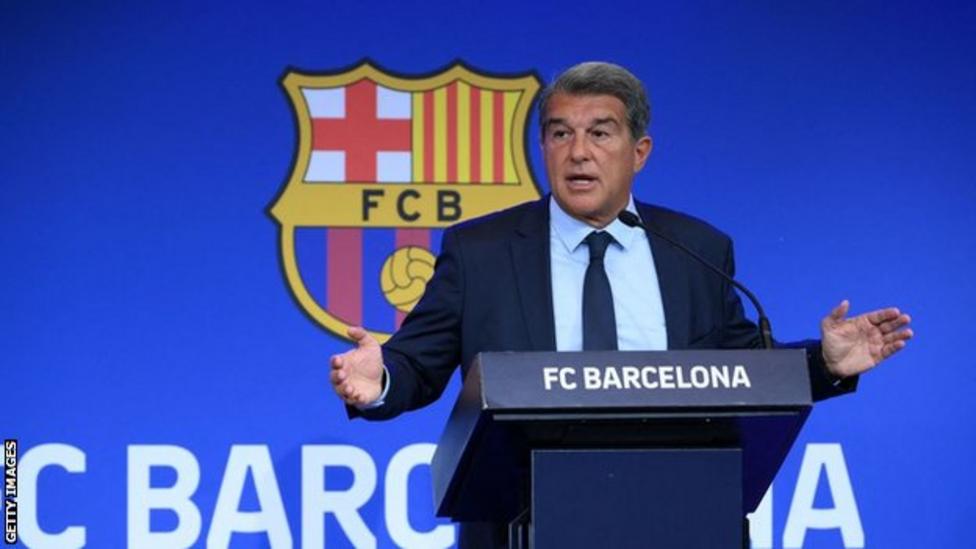 Barcelona president Joan Laporta has admitted that his team is currently struggling, but went on to say no one at the club was giving up on the LaLiga title this season.

Barcelona fell to a surprising defeat to Cardiz on Monday night, having crashed out of the Europa League after defeat to German side Eintracht Frankfurt.

The club chief discussed the team’s form in 2022, stating that Barca were “improving” and now “we are at a standstill.”

“In this final stretch of the league [season] we were doing well. We got a good result at the [Estadio Santiago] Bernabeu and now we’re struggling to win.

“It’s obvious. In the first leg against Eintracht we didn’t play a [good] game, and in the second leg we lost. Against Levante, we also struggled.

“Xavi [Hernandez] is analysing what happened and looking for solutions. But we also have to take into account that injuries are not helping us. A player like Pedri, a starter and a standout player, has been injured.”

Laporta labelled Barcelona’s last few games as finals as they look to secure a top-four spot in LaLiga Santander and clinch qualification for next season’s Champions League group stage.

“The situation is different from what we expected, me first,” declared Laporta.

“But while there is life, there is hope. Mathematically, it is possible. We have to fight in the seven [upcoming] finals to try to get the best possible final result. We mustn’t throw in the towel, but it’s going to be difficult to win the league.

“We have to be aware that we have seven finals and we have to win them to be in the Champions League.”