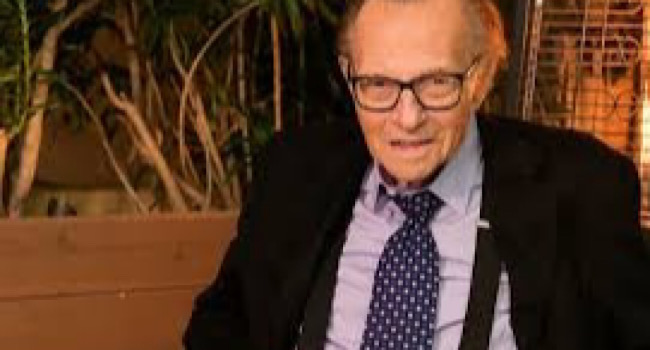 Shawn King, Widow of the late American broadcaster, Larry King, has gone to court to contest his amended will on Tuesday.

The late TV personality who died at 87, wrote an updated will in 2019, leaving his $2 million estate to his five children, two of whom are now deceased. Shawn was not included in the amended will.

The deceased had filed for divorce from Shawn in August 2019, after 22 years of marriage.

In the updated will, Larry said he wanted his estate to go to his five children, Andy, Chaia, Larry Jr. and Chance and Cannon, his two sons from his marriage to Shawn. Andy and Chaia tragically died within weeks of each other in 2020.

Shawn’s filing contests King’s handwritten 2019 will, claiming that it is not sufficient to replace King “official” will, a formal document which was filed in July 2015. The estate was initially in 2015 willed to the estranged wife as well as the sole shareholder of King’s companies, LK Productions and Larry King Enterprises, Inc., which would allow her to appoint officers and directors to those companies, if necessary.

But Shawn, 61, claims in the new papers that Larry’s ill health left him susceptible to “outside influence” and that he might not have even been aware he was signing the new will — plus, she says that when he died, he wasn’t even planning on going through with the divorce.

“Larry was highly susceptible to outside influences and at the time he purportedly executed the [new version of his will] was of questionable mental capacity, having recently suffered a stroke and about to undergo a medical procedure (and possibly already under the influence of pre-operative medication),” the papers read.