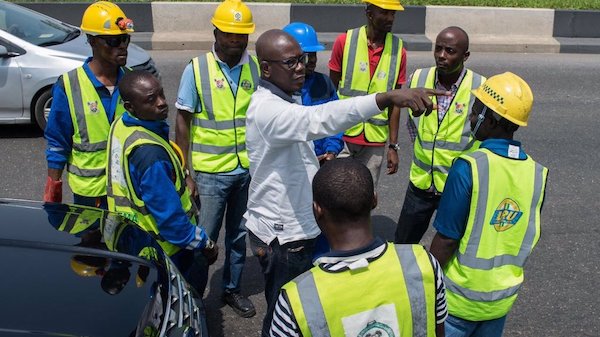 Rilwan was spotted by an eagle-eye LASEMA official who drew his colleagues’ attention to a man standing on the edge of the Third Mainland Bridge at 9:08 a.m.

When he was approached, Rilwan reportedly told the LASEMA officials that he was contemplating suicide.

Upon interrogation, the emergency workers discovered that the man is mentally challenged as his responses to questions asked him were incoherent.

He said: “After receiving a distress call from our control room about a man roaming around the edge of the railings of the bridge, we raced to the scene only to find the man trying to jump over the railings.

“And after a while, we were able to pacify him and subdued him before taking him away.”