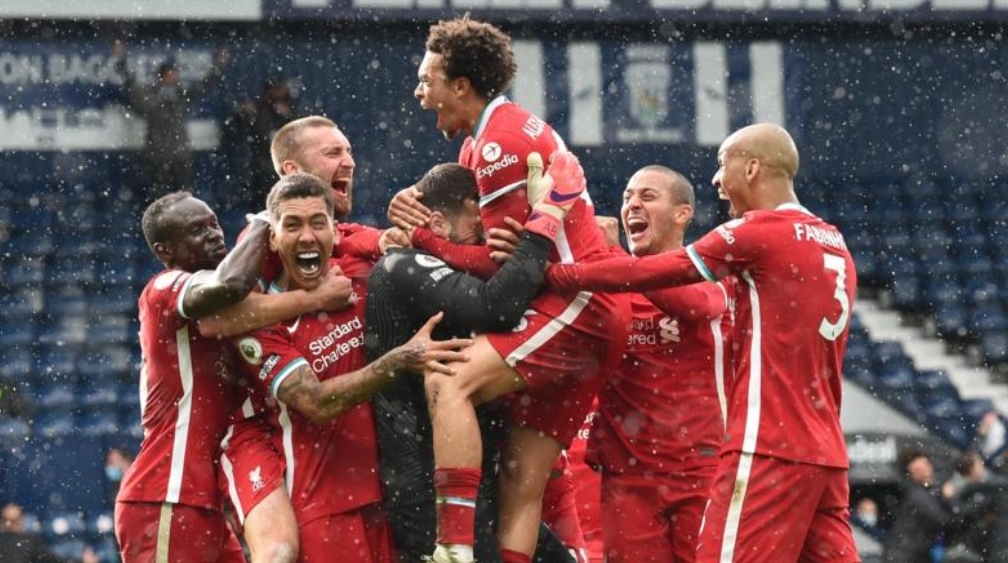 A last-minute winner by goalkeeper Alisson Becker helped Liverpool come from behind to beat West Brom in the Premier League on Sunday.

The goalkeeper, who left his position to join his teammates in search of a goal during a 95th-minute corner, headed in Trent Alexander-Arnold delivery.

The stunning moment takes the Reds just a point and a place behind Chelsea in fourth and three points worse off than third-placed Leicester with two games to go.

The Jurgen Klopp side had lost their title to Manchester City, but are seeking the chance to play in the Champions League next season.

Hal Robson-Kanu had opened the scoring while Mohamed Salah equalized before Alisson sealed the win.

Ripples Nigeria had reported the demise of Alisson’s father back in February, and the goalkeeper has paid an emotional tribute to his late father after scoring.

“I just tried to run into a good place and be there to try and help my players, to bring a defender, but no one followed me and I am lucky and blessed, sometimes things you can’t explain,” Alisson told Sky Sports.

“You can’t explain a lot of things in my life, the only reason is God and he put his hand on my head today and I’m feeling very blessed.

“I’m too emotional, this last month for everything that has happened with me and my family, but football is my life, I played since I can remember with my father.

“I hope he was here to see it, I’m sure he is celebrating with God at his side,” he added.

In another Premier League game earlier on Sunday, Tottenham also kept their Euro hopes alive by beating Wolves 2-0 in London.