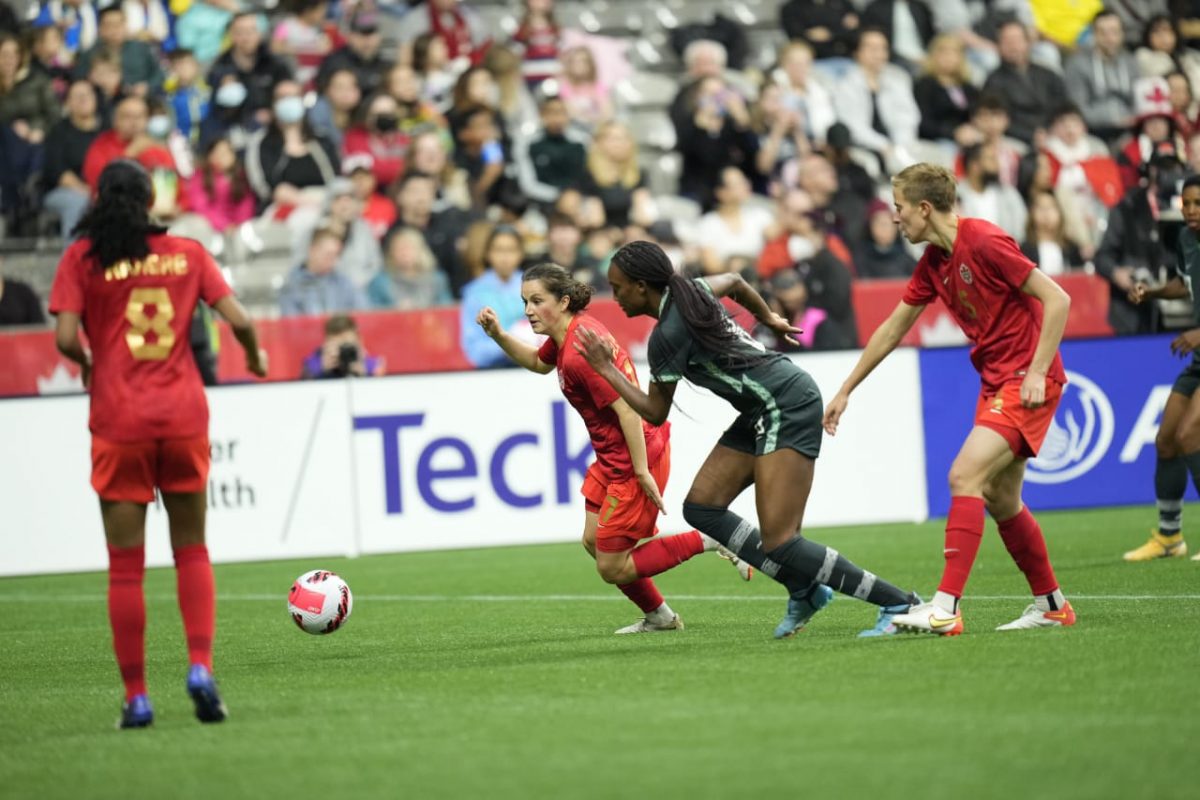 A late goal by Olympic champions Canada forced the Super Falcons of Nigeria to draw 2-2 in a friendly game at Victoria, Canada early Tuesday morning.

Both sides had played four days ago in Vancouver, with the hosts carrying the day after a 2-0 win against the African champions.

The Nigerian women put up a fine performance in the second friendly, and dominated most part of the game as they got into the lead as early as in the fifth minute of play.

It was Ifeoma Onumonu whose brilliant back heeled effort from a setpiece ended in the back of the net to put Nigeria in front.

Canada eventually found the equalizer on 49 minutes through Christine Sinclair, who lobbed the ball over Chiamaka Nnadozie after Onome Ebi was robbed of the ball off a pass from the Falcons keeper.

In the 53rd minute, the Falcons were back in front thanks to Ajibade after her intended cross ended inside the net.

The Falcons thought they were cruising to victory until the 88th minute when Canada’s persistence eventually paid off as Shelina Zadorsky’s header wrapped the day 2-2.

The games were part of preparations for the Nigerian women ahead of their participation at the Africa women’s Cup of Nations billed to hold in Morocco in July.

Related Topics:canadaSuper Falcons
Up Next