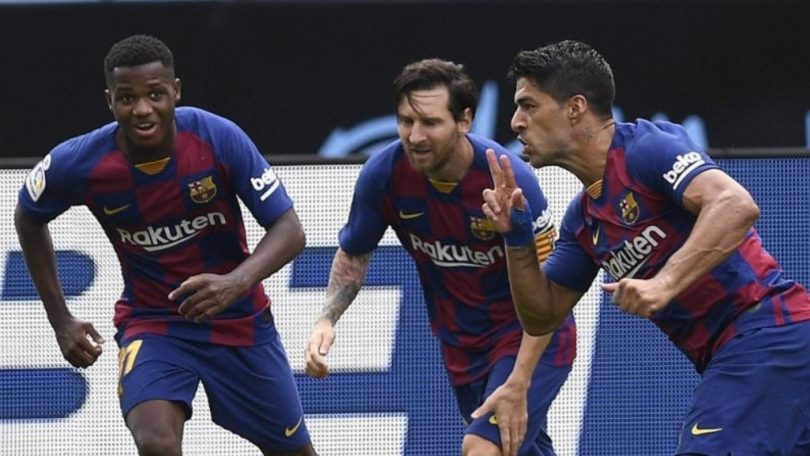 A late equaliser by Celta Vigo forced champions Barcelona to settle for a 2-2 draw in the La Liga on Saturday.

Although Barca moved to top spot in the league, the draw has forced a drop of important points as second-placed Real Madrid have a game in hand.

This is the second time since the resumption of the league this month, that Barca have been held to a draw, piling up pressure on the club with respect to the title race.

Lionel Messi, who is seeking to bag his 700th career goal, made two assists to help Luiz Suarez bag a brace – in the 20th and 67th minutes.

Celta, who are unbeaten in their last five home matches against Barcelona in La Liga, earlier equalised 1-1 in the 50th minute through Fedor Smolov from Okay Yokuslu’s pass.

Barca thought they were taking all three points home when, in the final few minutes, Iago Aspas equalized 2-2 to dent their title hopes.

The point takes Barca top of La Liga, but Real could go two points clear if they beat Espanyol on Sunday.