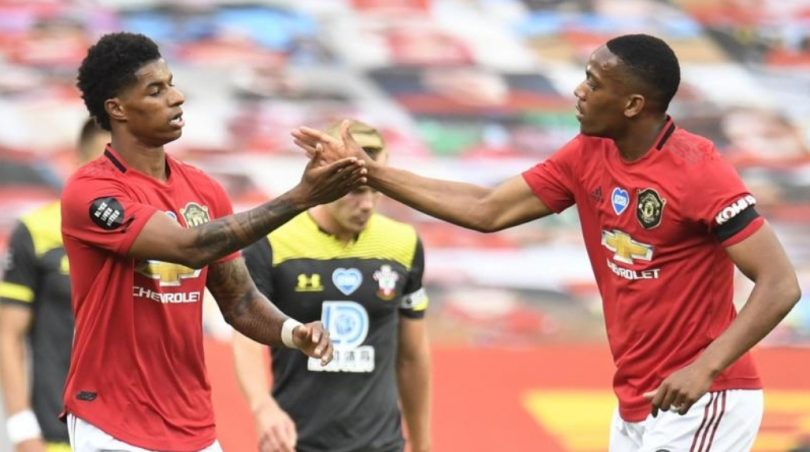 An injury time equaliser forced Manchester United to draw 2-2 with Southampton in a Premier League clash at Old Trafford on Monday night.

Nigerian striker, Odion Ighalo was an unused substitute in the game.

But United responded after about eight minutes when Marcus Rashford slotted home the equaliser before Anthony Martial fired the hosts ahead for the first time in the game.