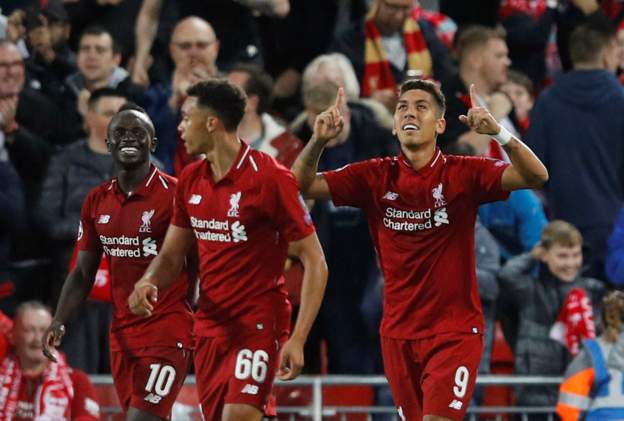 The Reds got into a commanding 2-0 lead through Daniel Sturridge’s 30th-minute header and James Milner’s penalty in the 36th minute, but the visitors halved the deficit before half time through Thomas Meunier’s volley.

Mohamed Salah thought he had restored the two-goal lead in the second half, but his goal was ruled out for Sturridge’s foul on keeper Alphonse Areola.

Kylian Mbappe then finished off a fine team play in the 83rd minute to level, before Firmino drilled in a 91st-minute winner to deny PSG a point.

The other game of group C between Red Star Belgrade and Napoli ended goalless, which puts PSG at the bottom of the group yet.

In Group A, Atletico Madrid came from behind to beat their hosts Monaco 2-1, as goals by Diego Costa and Jose Gimenez were enough to make Samuel Grandsir’s opener of no point.

In the other game in Group A, Borussia Dortmund beat Club Brugge 1-0 thanks to Christian Pulisic’s fortunate late winner.