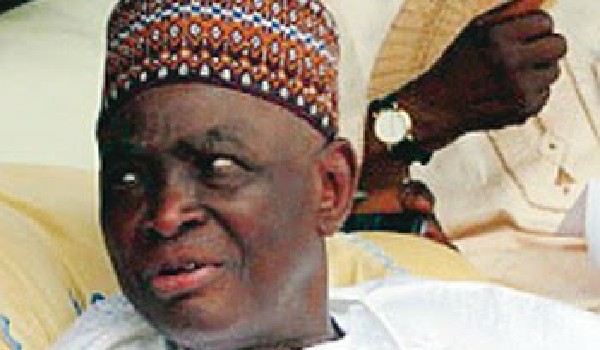 Kwara State government said on Wednesday the piece of land the state governor, Abdulrazaq Abdulrahman, recently retrieved from the family of the late Senate majority leader, Dr. Abubakar Olusola Saraki was not paid for by the deceased politician.

The Director-General of the state’s Bureau of Lands, Ibrahim Salman, said in a statement there was no evidence of payment and neither was a formal application made on the land.

He insisted that no Right of Occupancy was ever issued to Asa Investment Limited through which the late politician acquired the land.

Salman said the land was acquired by the state government in the 70s in the overriding public interest and was designed to construct Phase II of the state secretariat.

The secretariat, the land bureau chief, said was indeed constructed but later abandoned at the superstructure level.

According to him, it was after the project was abandoned that Asa Investment Limited took over the land to build what is now referred to as “Ile Arugbo’’ where the late Saraki used to meet his supporters and give food items to aged women.

The statement read: “The entire land was acquired in the 1970s for overriding public interest and same was initially designed to host the phase II of the state secretariat. The construction of the said state secretariat Phase II actually took off but was abandoned at superstructure level.

“The clinic was subsequently constructed in 1982, while the remaining plots of land were conceived for the expansion of the clinic into a full-fledged hospital.

“The dream of the state government was stalled when part of the land slated for the parking lot was spuriously allocated in principle to one Asa Investment Limited for commercial purposes.

”From available records, the allocation was not based on a formal application, nor application forms filled; there was no evidence of payment for the said allocation as stipulated in the letter of allocation in principle and consequently, no right of occupancy was ever issued to the company.

“Furthermore, in flagrant abuse of the allocation terms, the company took possession of the land and constructed what is today known as ‘Ile Arugbo’ on part of the land that was designed as parking lot and later conceived to host the expansion of the civil service clinic into a full-fledged hospital.

“Following a resolution of the Kwara State House of Assembly mandating him to revoke/withdraw the spurious allocation, Governor AbdulRahman AbdulRazaq recently signed an instrument to reclaim the land on the ground that same was unlawfully allocated to a private company contrary to the public purpose of its acquisition and occupied in breach of the terms of allocation.

“This (press) release is intended to state the facts on the land recently revoked/withdrawn by the state government as contained in our records.”