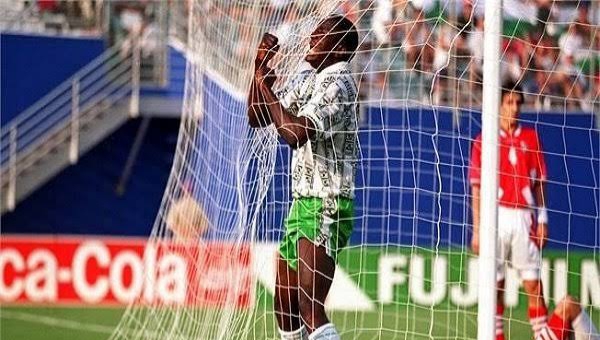 Yekini and Yeboah in their days made great impacts representing their respective clubs and countries.

At the end of the poll, which was run on Twitter from Thursday, a total of 10,445 votes were cast, and Yekini garnered a whooping 78% as against 22% for Yeboah.

Who was the better striker?

Born in Kaduna, Yekini started his professional career in the Nigerian league before hitting stardom to become the first Nigerian to win the CAF African footballer of the Year award in 1993.

The late forward netted a career-best 34 in 32 games to help Vitória de Setúbal promote from the second division in Portugal, before going on to become Primeira Liga’s top scorer in the 1993–94 season with 21 goals.

For Nigeria, he scored 37 goals in 58 appearances before retiring, emerging top scorer at the 1992 and 1994 Africa Cup of Nations after netting four and five goals respectively and scoring Nigeria’s first ever World Cup goal in USA ’94.

He was a member of the Ghana squad that won silver at the 1992 AFCON after losing to Cote d’Ivoire on penalties.