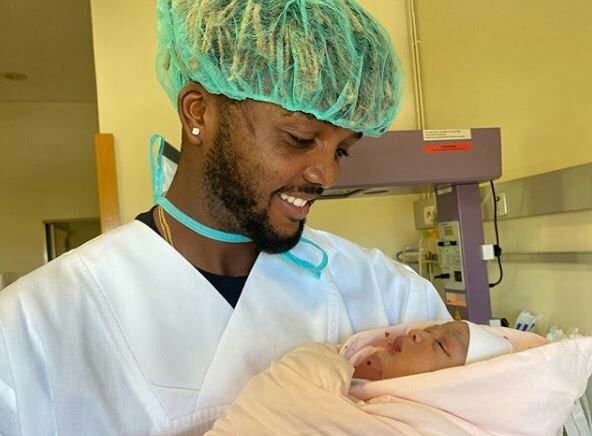 Nigeria defender and Porto star on loan at Leganes, Chidozie Awaziem has announced the birth of his first child.

The 23-year-old announced the arrival of the bundle of joy on the social media, expressing much excitement.

The Nigeria international posted an image of himself carrying his baby, who he has named Christel.

I can't explain the way I feel right now…thank you God for giving me Christel, Latest dad in town 😍🥰🥰😍🥰❤️❤️❤️❤️❤️

“I can’t explain the way I feel right now, thank you God for giving me Christel, Latest dad in town,” Awaziem posted on Instagram.

Awaziem could not help Leganes avoid relegation from the Spanish topflight.

He has won 17 caps for the Super Eagles since joining the team in 2017.