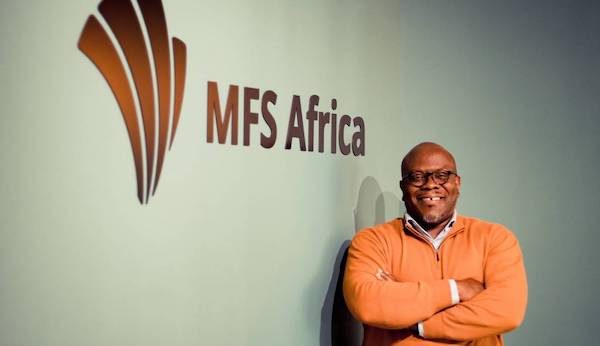 According to a statement from MFS Africa, the deal, which is however subjected to regulatory approval by the Fair Competition Commission in Tanzania, will provide the growing micro, small, and medium enterprise segment across Africa with the ability to manage digital transactions with individuals and businesses around the world. Commenting on the new deal, Beyonic’s founder, Dare Okoudjou emphasised the business potential of Africans, confirming the need for Africans to create wealth for the continent to go.

While the world is struggling with the Coronavirus pandemic, Microsoft has two next-gen Xbox systems in the works. According to press, the tech company has spent months detailing the powerful Xbox Series X. While little can be said about the second system, the trend as indicated by Microsoft reveals that more next-gen Xbox hardware and software are getting into the hands of developers.

Meanwhile, Microsoft’s current plan is to debut Lockhart in August. Xbox Lockhart, according to reviews, doesn’t come with a massive leap in graphical power but will play all of the same games as the Xbox Series X. Although the Xbox Lockhart was originally supposed to debut in June, turn of events and the challenge of the global pandemic have delayed its production. For this reason, Microsoft moved the event to August due to the Black Lives Matter protests against police. The company also wanted to give ample room to Sony to hold its PlayStation 5 reveal, product analysts have submitted.

Which of the following is currently the world’s largest subscription streaming platform?
A. Amazon
B. Netflix
C. YouTube
D. Viewlift
Answer: See end of post.

Leading streaming platform Twitch has suspended President Donald Trump’s account from its platform, on a clause that he violated the streaming service’s policies by engaging in hateful conduct. Although, the suspension is not a full ban, hence Trump’s account could be restored. According to a statement from Twitch, “Hateful conduct is not allowed on Twitch.” Adding that, in line with our (Twitch) policies, President Trump’s channel has been issued a temporary suspension from Twitch for comments made on stream.”

Trump, who started his official Twitch channel in 2019, hosted broadcasts of his rallies on the platform. When he joined in 2019, Twitch noted that, “Like anyone else, politicians on Twitch must adhere to our Terms of Service and Community Guidelines.” Taking a stand that “We do not make exceptions for political or newsworthy content, and will take action on content reported to us that violates our rules.”

Capital, a capital as a service firm, has announced raising $9 million, a “Seed 2” that will see it to continue expanding the Capital Machine’s functionality. Capital has notedly built an AI-based platform called the “Capital Machine” that ingests details about companies to provide tips on how to optimise it. According to the VC firm, the funding is coming from an interesting group of investors led by AME Cloud Ventures (the investment firm led by Jerry Yang, who once founded Yahoo).

Joining to fund the round, records of the proceeds listed participation from Future Ventures (Steve Jurvetson’s fund), Greycroft, Wavemaker Partners, Partech, and angels including Howard Morgan (of Rentech and First Round Capital) and Stuart Roden (former Chairman of Lansdowne Partners). While some of these participants are new backers, a number of them are repeated backers. Analysts have noted that this second seed round comes about 8 months after Capital launched with its first seed funding of $5 million.

Sweden and U.S.-based fintech Willa has raised $3 million in funding. Although the company’s founders were former members of Spotify’s growth team, industry analysts have commended their feat for the new raiser. With an impressive traction, one time creating an influencer marketing platform Relatable, the team has joined the league of leading industry platers.

The fund, according to the firm, will help freelancers request payment and get paid immediately for a fee. The round was led by EQT Ventures, and saw the participation of ex-Atomico partner Mattias Ljungman’s Moonfire Ventures, Nordic Makers, Michael Hansen and Johan Lorenzen. Willa, in a public statement, has noted that the injection of cash will enable it to launch “Willa Pay,” an app that promises to remove the paperwork required when billing corporations for freelance work and comes with a payment process that claims to make it easier to collect payments.

Coronavirus forces CAF to shift next year’s AFCON to January, 2022