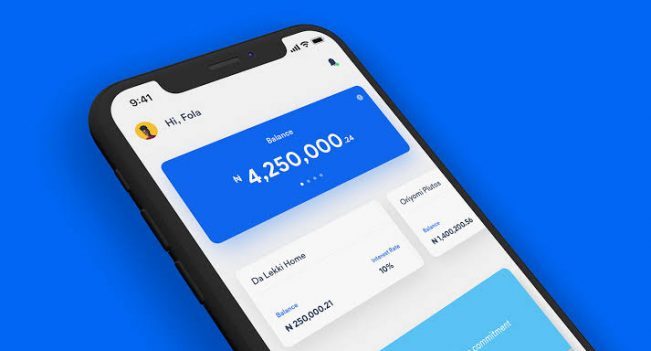 Though, led by Quona Capital, the investment saw the participation of Sahil Lavingia, Tsadik Foundation, and a syndicate of qlocal and diaspora based Nigerian angels.

According to Cowrywise, the funds will be used to expand its product offerings to more asset classes, support the onboarding of more fund managers in Nigeria and across the globe, vis-a vis deepening its investment management infrastructures.Cowrywise CEO, Razaq Ahmed, stated that the funding will take the company closer to its vision of building a full fledged wealth management solution.

He said: “Our vision is to build a full-fledged wealth management solution, covering financial planning, savings and investments. This funding takes us a step closer to that.”

Data lending platform, CARMA, has unveiled plans to expand its operations across Africa.

This comes on the heels of the company’s recent relocation of its headquarters to Lagos, Nigeria’s seat of commerce.

The company provides lending companies with access to real-time credit data on a peer-to-peer basis through a pay-as-you-go service.

Ted Martynov, the startup’s co-founder and chief executive officer (CEO), while explaining the modules of their operations, described the company as a corporate data marketplace.

He said: “As marketplaces sell goods and services, at CARMA we do the same with corporate data.

“We provide lending organisations with credit assessment – including unbanked individuals – and we also allow other industries to contribute to sharing their data on our marketplace. It includes KYC, purchasing, credit information…

“We went to market in July 2020, and it took more than 6 months before that to deliver the initial technology. We kicked off by signing a deal in Zambia with the NASCU, the local association of credit unions, and decided to place the headquarters in Nigeria as it is one of the biggest markets for us.”

Brazilian fintech player, Nubank, has announced securing a $400 million Series G round, pushing its total funding up to $1.2 billion.

According to press, Nubank’s customer base today stands at 34 million users, what analysts have described as impressive for a eight year old startup.

Commenting on the progress of the company, David Velez, co-founder and CEO, revealed that between 2019 and 2021, the company acquired over 20 million customers.

At $25B valuation, Nubank becomes the fourth most valuable financial institution in Latin America and the largest digital bank in the world by the number of customers and app downloads.