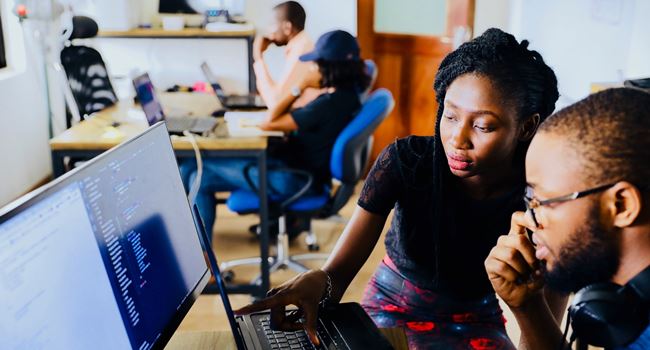 The undisclosed round, according to reports, saw the participation of AUC Angels, Alex Angels, and Cairo Angels.

The four year old startup operates as a multifaceted online platform, facilitating delivery through both B2B and B2C models.

Reviews revealed that the Alexandria-based startup developed its own order-tracking feature in-house, allowing businesses and individuals to send and receive deliveries in an affordable and efficient manner.

Commenting on the model of the startup, CEO Amr Abdelfattah while explaining how the company ensures providing a wide variety of choices to users, noted that the company offers services which include online food ordering, B2B delivery services, and grocery and pharmacy deliveries.

He said: “At Tayary, we work hard to maintain a solid user experience. Along with our vendor partners, we ensure that a wide variety of restaurant choices are available to our users.

“We continue to strive to provide more delivery solutions to a wider range of user base, both to B2B and B2C. In 2019 we released our vendor on-demand delivery app, which enables restaurants to access riders in their range and deliver their own orders, we serve a wide range of business starting from multinationals like McDonald’s, Pizza Hut and Hardee’s to single local restaurants,” the CEO added.

Despite the spontaneous flow of funding and grants to Africa in recent times, countries identified as the “big four” continue to cut the lion share.

This observation was revealed in a recent publication tagged African Tech Startups Funding Report 2020, where the four biggest African countries were identified as Kenya, Nigeria, South Africa and Egypt.

According to the report, these countries got the better chunk of net capital raised in 2020, a year that saw a combined US$701 million raised across countries in Africa.

Figures, published by press, put the total number of startup which closed a round at 397, raising what analysts described as an impressive US$701,460,565 in total funding.

Egyptian auto parts startup, Odiggo, has secured a US$600,000 seed funding round as it pushes towards expanding its operations

Since its inception, the four year old company links customers with vendors in order to purchase car parts and accessories.

Earlier, the startup raised US$180,000 in funding in May 2019, what analysts described as a giant leap for an African startups that was barely 2 years in the market as of 2019.

According to press, the new seed round of US$600,000 was led by Essa Al-Saleh, former chief executive officer (CEO) of the billion-dollar logistics company Agility Logistics and current chairman of Volta Trucks, a UK-based tech auto-manufacturing company.

Commenting on the need to expand its operation, co-founders Ahmed Omar and Ahmed Nasser, in a press release, remarked that they intended to enhance their unit economics as they empower their product-market fit in order to reach millions of car owners per month.

They remarked: “We’re working on bringing in the best team in the Middle East to help us gain the highest market share in what is a scattered trillion-dollar industry. We want to enhance our unit economics, empower our product-market fit and reach millions of car owners per month.

“Our product isn’t yet finished or complete enough for us to reach the highest conversion rates. That’s why we will invest more in operations, support, and, of course, product.”