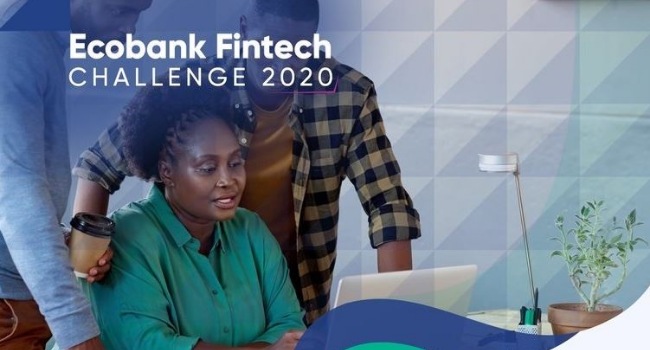 Ghanaian startup Nokwary has emerged winner in the just concluded Ecobank Fintech Challenge, a virtually organised contest. The US$10,000 prize money contest was in previous editions won by Tanzania’s Nala and Nigeria’s IroFit. The contest saw over 600 applicants from startups and developers in 54 African countries. Speaking on the stages, Ecobank, the organising body noted that after a competitive process, 10 finalists were eventually selected from the pool of entrants.

According to Ecobank, each of the finalists has been inducted into the Ecobank Fintech Fellowship, a one-year programme which will give them the opportunity to explore opportunities for commercial partnerships with the bank. The overall winner, Ghana’s Nokwary, which uses artificial intelligence (AI) to promote financial inclusion, offers an opportunity for users to carry out transactions in their own language using popular social media channels like WhatsApp. Second prize, however, went to South Africa’s Ukheshe, a US$7,000 cash reward for developing a card acceptance platform that allows unbanked merchants to accept and make digital payments.

South Africa’s Standard Bank has announced investing in digital escrow company TradeSafe Escrow, a 35% equity stake that will allow TradeSafe target commodity and M&A transactions which are greater than R25-million. According to TradeSafe, reports quoted CEO Jethro O’Brien, as saying the new partnership with Standard Bank came at a pivotal moment as the rates of scams, fraud, and more were continuously increasing in the country. Hence, the partnership was a brain-child of the need to secure Fintech and its end-users.

The CEO said: “Both TradeSafe and Standard Bank realised the necessity for a fast, secure, and affordable escrow solution in the wake of the increasing volume of scams, fraud, and unpaid invoice payments in South African commerce.” He further explained the extent of their affordable cost of service as a user-in-mind company. “Our fees come in at a fifth of what a reputable law firm or bank would charge in a transaction.” Following the 35% stake investment, Standard Bank has appointed two non-executive directors to the TradeSafe board as it also ensures management oversight of TradeSafe’s escrow account, getting more involved in the process for payment instructions that TradeSafe initiates.

Wike presents 15 cars to members of NASS from Rivers, weeks after doing same for judges